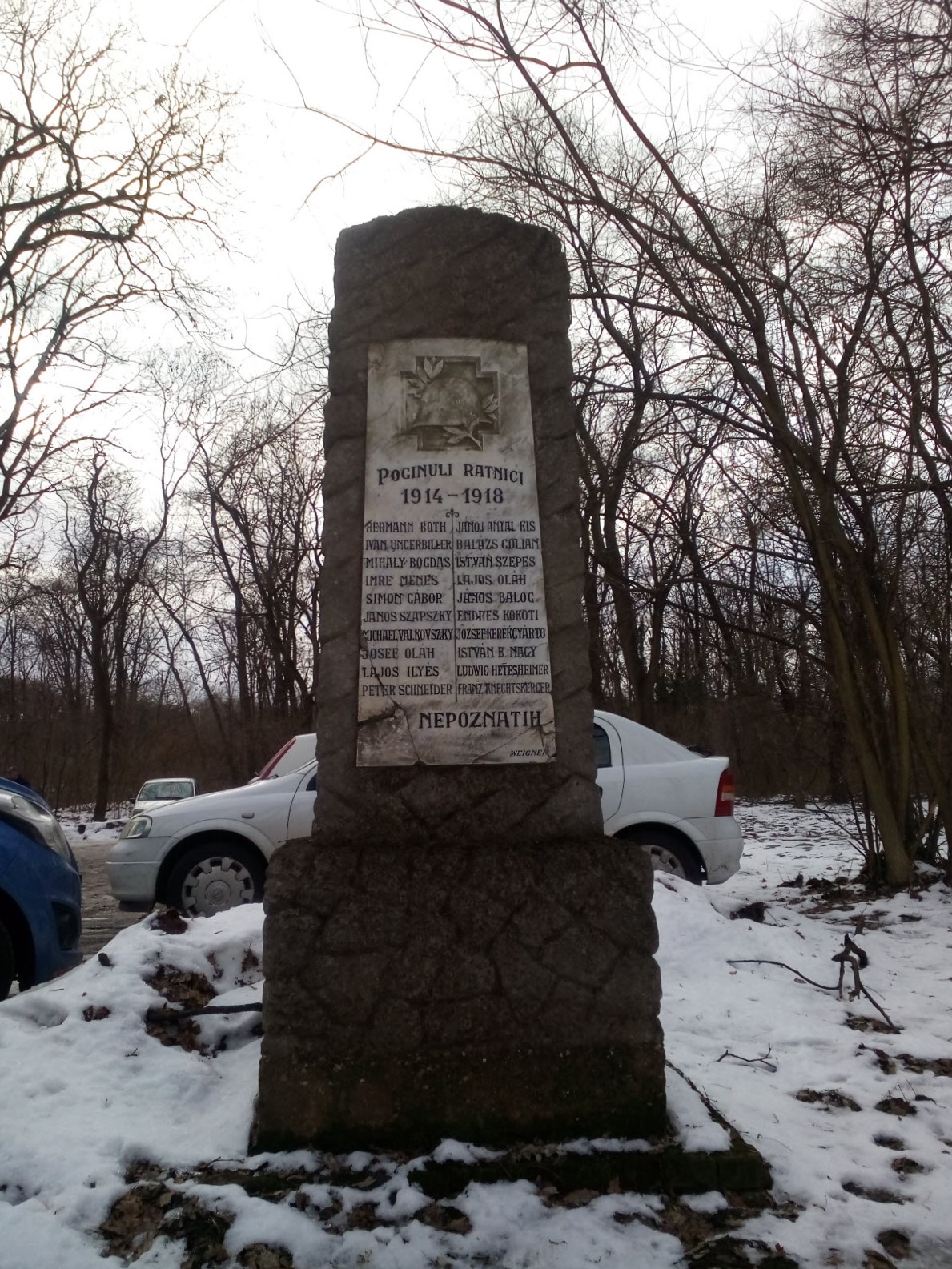 The border between the Austro-Hungarian empire and the Serbian Kingdom run until 1918 through the Sava and Danube rivers. Bežanija and Zemun (Semlin) were part of the Austro-Hungarian empire. The first shots of the First World War were fired actually from the Sava river towards Serbia’s capital Belgrade. Some huge cannons were positioned also in Bežanija (now part of New Belgrade) which started shelling Serbia’s capital. Nevertheless I was surprised to see a monument for fallen Austro-Hungarian soldiers on the terrain of the hospital in Bežanija Koša, see below the picture I made in February 2019, not that far even from where I live. It seems like a hidden and forgotten monument. A close up of the monument:

My personal view is nobody should be forgotten and that very soldier deserves a place of commemoration. The soldiers mentioned on this monument  were later transferred to the new Bežanija graveyard which is even more closer to my home, below two pictures I took from a forum ( see link below the picture) . May they rest in piece.

For more information you can visit the following links: