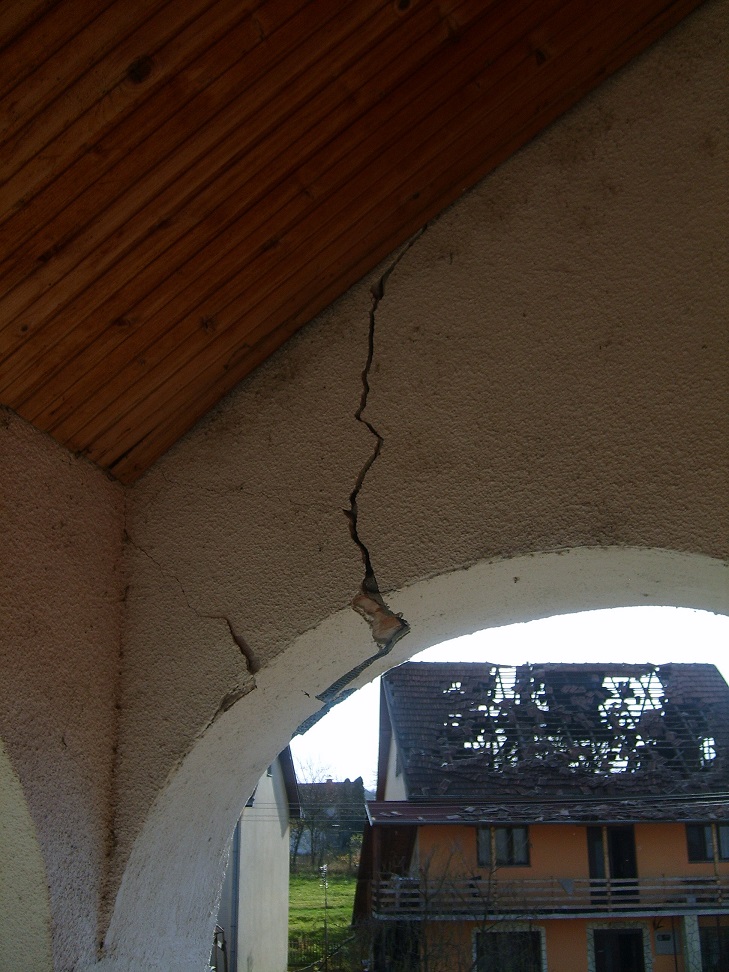 This morning the alarm clock went off and I did not want to wake up as usual, but I waked up while my mobile phone told me the brand new day started  (it is a second alarm, some kind of safety alarm). I saw I have received a sms,  I opened it with my sleepy eyes and read: “it is big disaster my friend. very big earthquake hit us at 2am. My house is a big mess, walls are broken, bathroom, the house of my parents even more damaged. Bricks of the roof hit our cars. We hardly survived , 2 neighbors are death. The biggest movement was in Grdica, where we live and it is continuing with small earthquakes. We cannot go into our house. I have just grab my son and waited…. I was immediately awake, checked the news and saw indeed that even on Dutch news sites they reported two deaths in Grdica-Kraljevo Serbia after an 5.4 magnitude earthquake . I had such a strange feeling, switching between the sms of my friend and the news websites….World news was coming close by, yes it even became personal: I have been there 1 1/2 month ago and my dear friends are involved. I send immediately a sms back and my friend immediately replied and I was grateful for that: he was alive and was able to send a sms!

I had to go to work and while biking to my work million questions arose in my mind like:
-are they wounded?
-how are my other friends?
-what are they doing now ?
-how it is looking now there?
-how big the damage is ?
– a stupid one; are the presents I gave them last damaged ? (yes I know a very silly one)

During the day we had sms contact and looked of course on different news websites to get pictures. Those news websites of course show you the worst: the most collapsed houses, the damages etc. etc. Mostly I used the Serbian State Television (RTS, the article translated by google translate) and the Serbian independent B92, because other news sites like BBC or CNN gave me not the answers to my questions. Below a picture from my friend (which I got just from him)  and the place were I was 1 1/2 month ago and enjoyed the friendship of him and my other Serbian friends. This evening I finally could make a phone call to my friends and I was glad that I could call them: they are ok, not wounded, but one can not go in his house, because it is too dangerous.  It were not the images , it was the fear I heard in their voices during the telephone conversations I had with them.

During the conversation one friend experienced two after- shocks and I almost could hear it.  It was frightening even for me, +/-1450km away. He explained me which areas were affected and which areas were not. He explained me that the damage does not look catastrophic , but that the structures of the houses are really damaged and that it needs months to be repaired. When the earthquake happened (around 2am), he heard an awful sound and everything moved, he thought he would die at that moment. It lasted only for 20 seconds or something, but it looked like eternity. My other friend explained me that the two deaths were her neighbors and if I see the pictures I know exactly which house it is….I have passed it many times…The non-material damage is even bigger, time will heal  the wounds of my friends and the others… Some of  my friends are staying somewhere else, but they are afraid for sleeping, due the after-shocks they are still experiencing. The only thing I can do at this moment is to wish them all strength and give them support in all the means I have, and yes of course I lighted a candle for all of them….. I hope that the situation for them will become soon normal again, but again time will give the answers….I know my friends, I know the Serbians and I am 100 % convinced that with their spirit they will overcome….