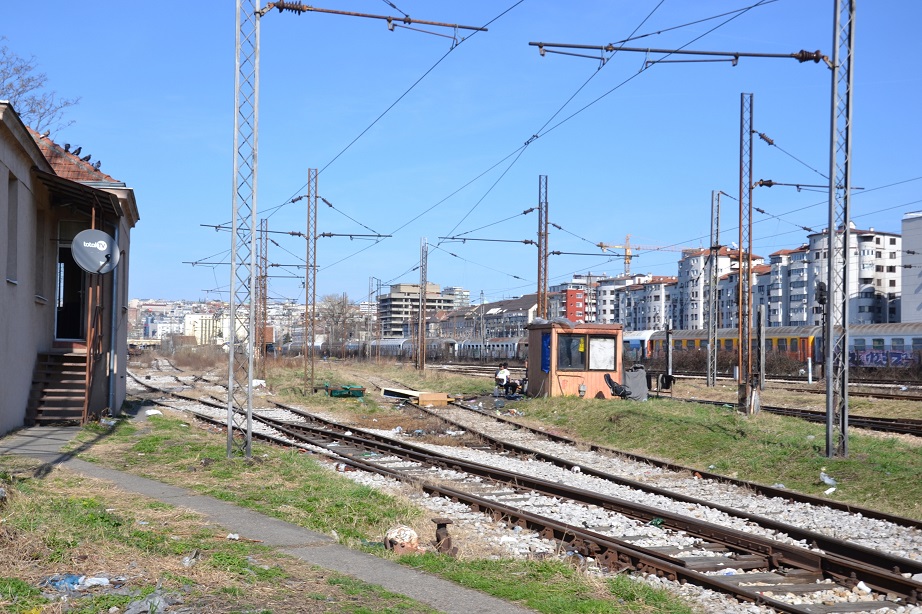 Missing the train to Western-Europe

The day starts more or less with the Eurocity train “Avala” to Vienna, which leaves Belgrade at 07h36, while some earlier local trains have already left. The next international train they can catch is the 10h55 train to Schwarzach St. Veit (Austria) via Zagreb. If they missed that one then 40 minutes later they could try their luck on the 11h35 to Budapest. Then the whole day there is no chance to catch a train towards Western-Europe. Two night trains leave Belgrade, one at 21h20 to Ljubljana (Slovenia) and 30 minutes later to Budapest. They could simply jump on a train and go to follow their dreams, but now it is a problem as the borders are closed. One of them told me they are all from the same village in Afghanistan and he wants to go to the UK. They are on the run for war and poverty and they live now next to the old Belgrade train depot. Hundred years ago it wouldn’t be a problem to go to the UK from here as there would be every day an Orient-Express towards Paris with a connection to London.

The railway man allowed them to stay, almost as passengers who missed their train, but they have been missing their trains since half of December. A lot of (Western) NGOs (like Human Rights Watch, Amnesty, but also Dutch organisations etc.) and media outlets (like NOS, BBC etc.) showed the alleged bad treatment of refugees here in Serbia. I had again the opportunity to ask them (the refugees) about these allegations as a human being and not as an journalist or a member of an NGO who needs a sad story.

We just had a normal talk and at one point they told me that they have not been treated badly at all. Yes the conditions were tough during winter and yes the situation is far from good, but bad treatment? No, not at all and the Serbs are friendly to them and they do not encounter any problems here in Serbia. They could go to a refugee centre, but they do not want to, they explained to me, because they want to leave Serbia and go to Western-Europe.

I could only wish them luck and hope that one day they will catch the right train towards their dream. Sincerely, I wish them all the best.