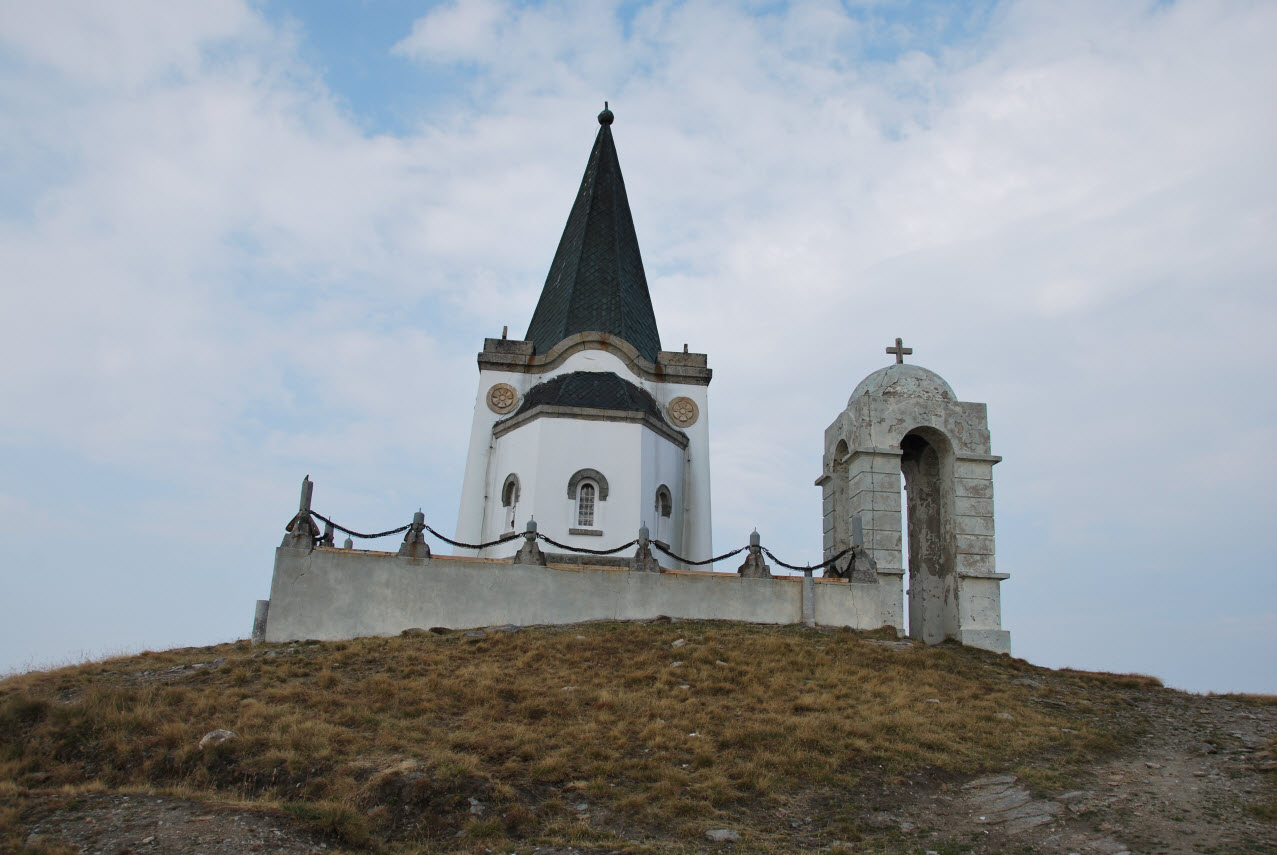 Nidze is a 2521 meters high mountain on the Greek-Macedonian border. Formerly this was the border between Yugoslavia and Greece. It is the southernmost and highest peak of a range known in Greece as the Voras Mountains and in Macedonian as Nidže.  It is the third highest peak in Greece after Mount Olympus and the fifth highest in Macedonia.  The top is also called Kajmakčalan (Kaimakchalan) or Kaimaktsalan (Macedonian: Кајмакчалан, Greek: Καϊμακτσαλάν). You need a permission from the Macedonian Ministry of Internal affairs to climb the mountain and I obtained that permission via my Macedonian friends for which I am very grateful to them.

Sunday 18th September we climbed the mountain from the Greek side and it was an easy walk, definitely if you compared it to Triglav in Slovenia, which I climbed two weeks before. From Triglav I have travelled all the way to here, on almost the most southern edge of former Yugoslavia.

If mountains could speak, then Nidže/Kajmakčalan for sure could tell you a lot of stories. Between the 12th and 30th September 1916, during the First World War, the Battle of Kajmakcalan between Serbian and Bulgarian troops took place here: there were around 10.000 Serbian casualties, but I could not figure out how many Bulgarians died here. The Serbs (part of the Allies) won, but they payed a very high price. Exactly 95 years later I took this picture: I cannot describe my exact emotions when I was there,but yes, there were tears. Tears of sadness for those who died here, but also tears of happiness that I made it that day to here, Macedonia, all the way from Triglav (Slovenia), in good shape, health, being with my friends and be in peace, 95 years later…..