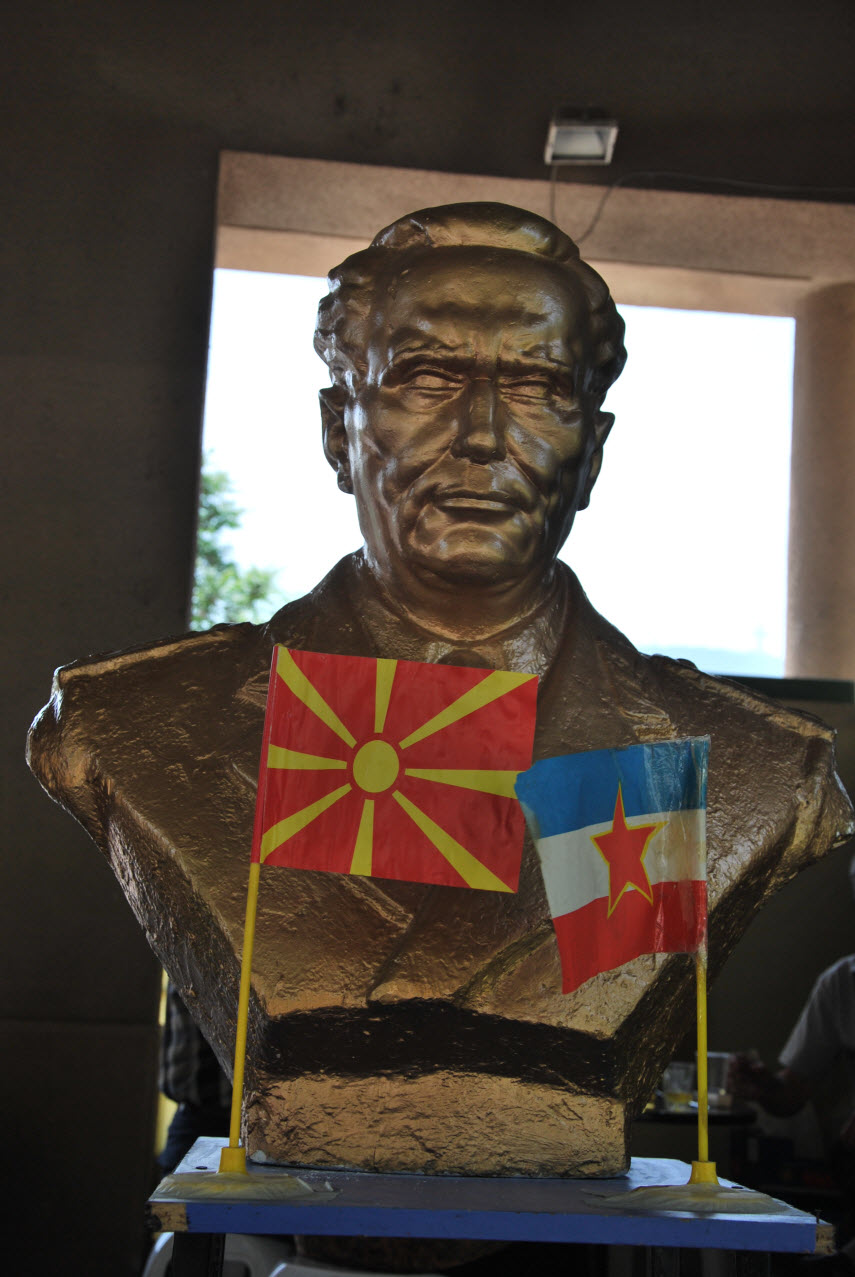 Tito and Yugoslavia are alive!

Yesterday I walked a bit around in Skopje to see once again the highlights of the city. Mt train left at 16h30 so I had some time. I walked to the old railway station, which is a memorial of the earthquake which hit Skopje the 27th of July 1963. When I wanted to go to the back , there they were sitting, in front of their little party office, the people of the “Sojuz na titovi levi sili” (Union of Marshal Tito’s left forces). I was surprised that I actually met them, because I remember that this party exists in Macedonia, I saw them once in a documentary from the BBC about Josip Brosz Tito.

The party want to go back to the country where they once lived in, named Yugoslavia. I already met a lot of people who think the same about it, but the reality is different: Yugoslavia collapsed in the nineties and will never come back. The people of the Union were very friendly and took out the flags of old Yugoslavia and they wanted me to take pictures of them, which was for me no problem of course. They gave me some presents and I had to drink a Rakija with them, which I could not refuse. They told me what a lot of old people (and even some young people) told me: we want Yugoslavia back, because then it was better then now. I heard this already in Bosnia, Serbia, Macedonia and even in Croatia. I do not know if it was better , because I never lived in or visit Yugoslavia. I know Tito ruled like a dictator, but like a sort of ” enlighted” dictator, but I do not know how it was. In my Dutch point of view and because of my study policy sciences I think a dictatorship is not good to have, but what if a lot of people tells you the opposite about Tito? I can write a long story here, but I am always struggling with finding the answer to the question what is democracy?

It is good to have your ideals and the people of the ” Sojuz na titovi levi sili” were too friendly, but there ideals will never come true, because their country did disintegrate so violently and too much things happened here. One member told me : ” Then we did not know what we had, now we know what we had and have lost” . Things in life are always like that and will stay like that, also for the members of the Union of Marshal Tito’s left forces.

I had to continue my trip, but will not forget the friendly and brave members of this party. Slowly I walked away and they, their office and their flags became smaller and smaller until they disappeared of my view, but not from my mind as they never will forget Tito ‘s Yugoslavia…. 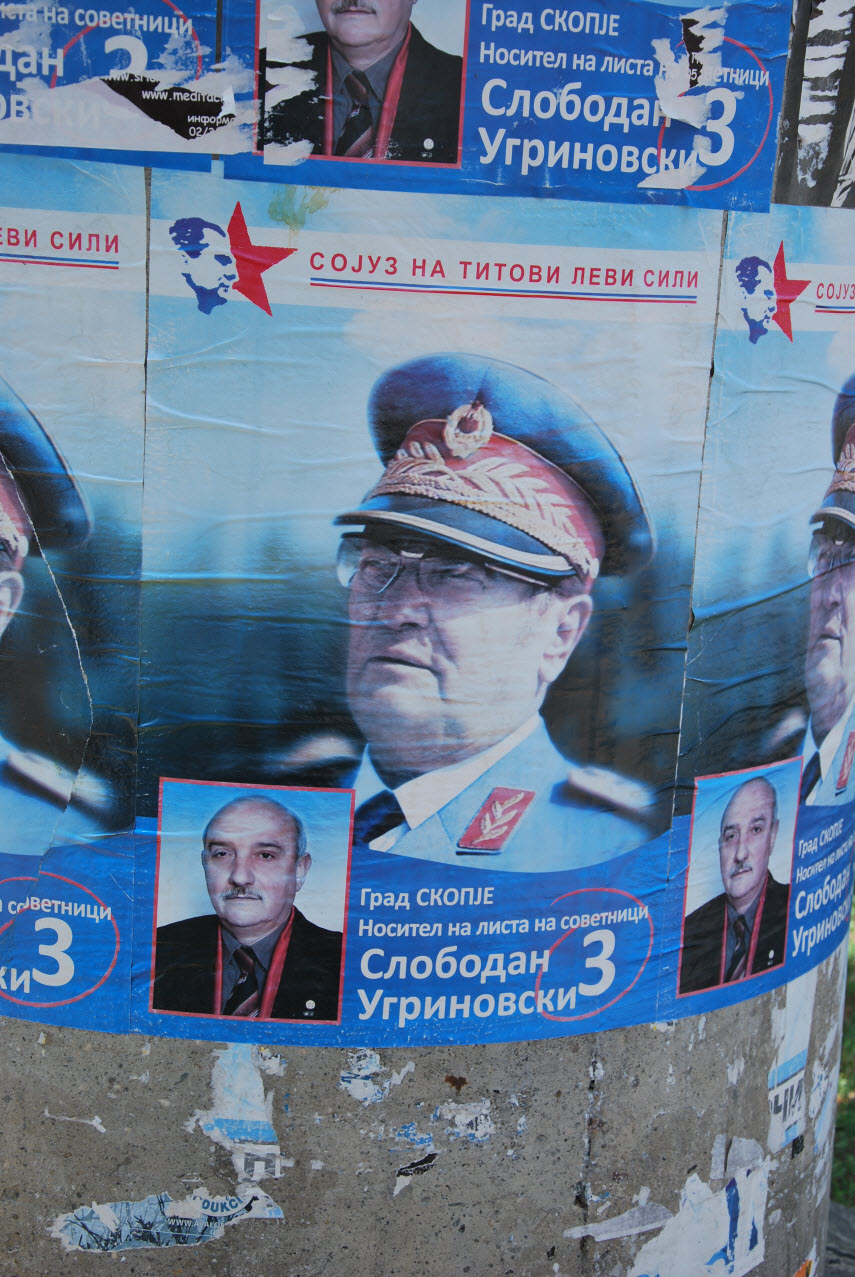 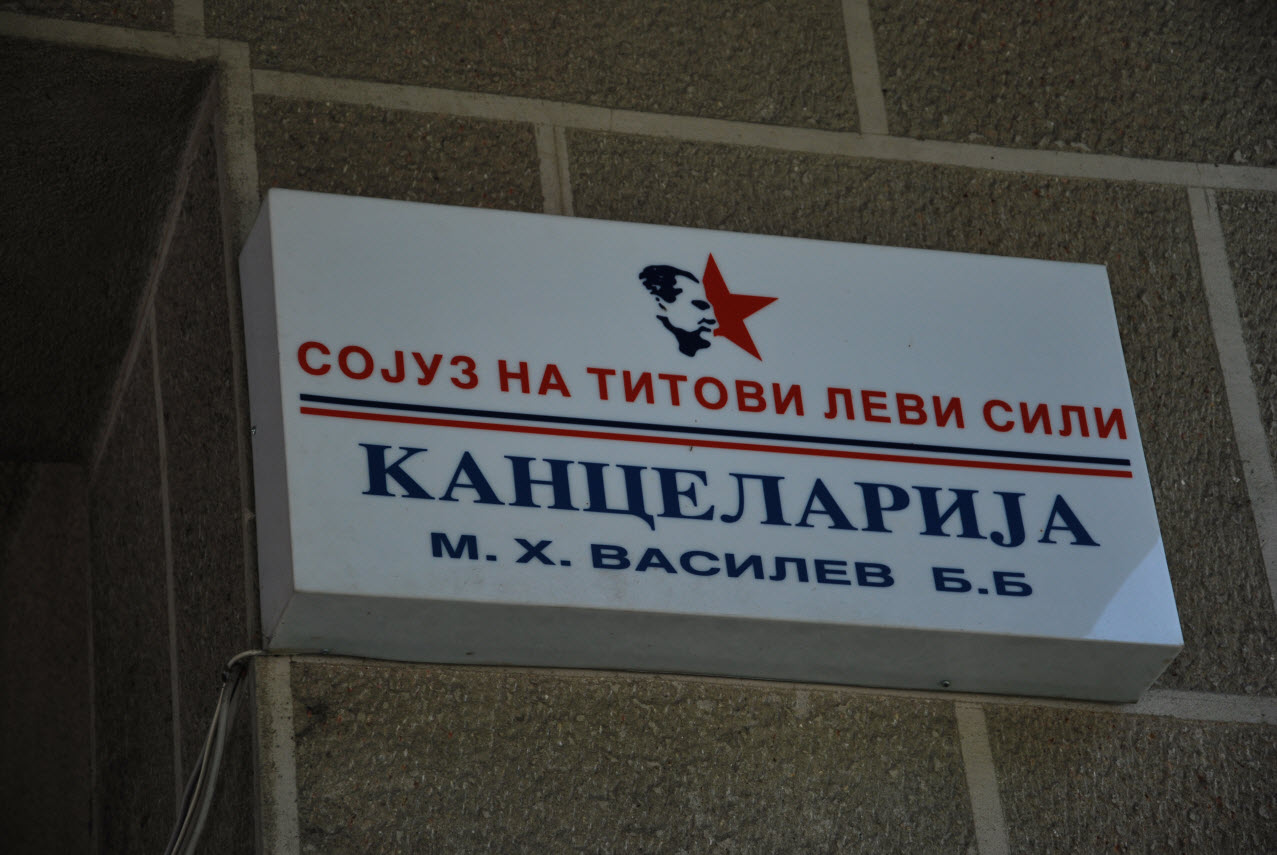 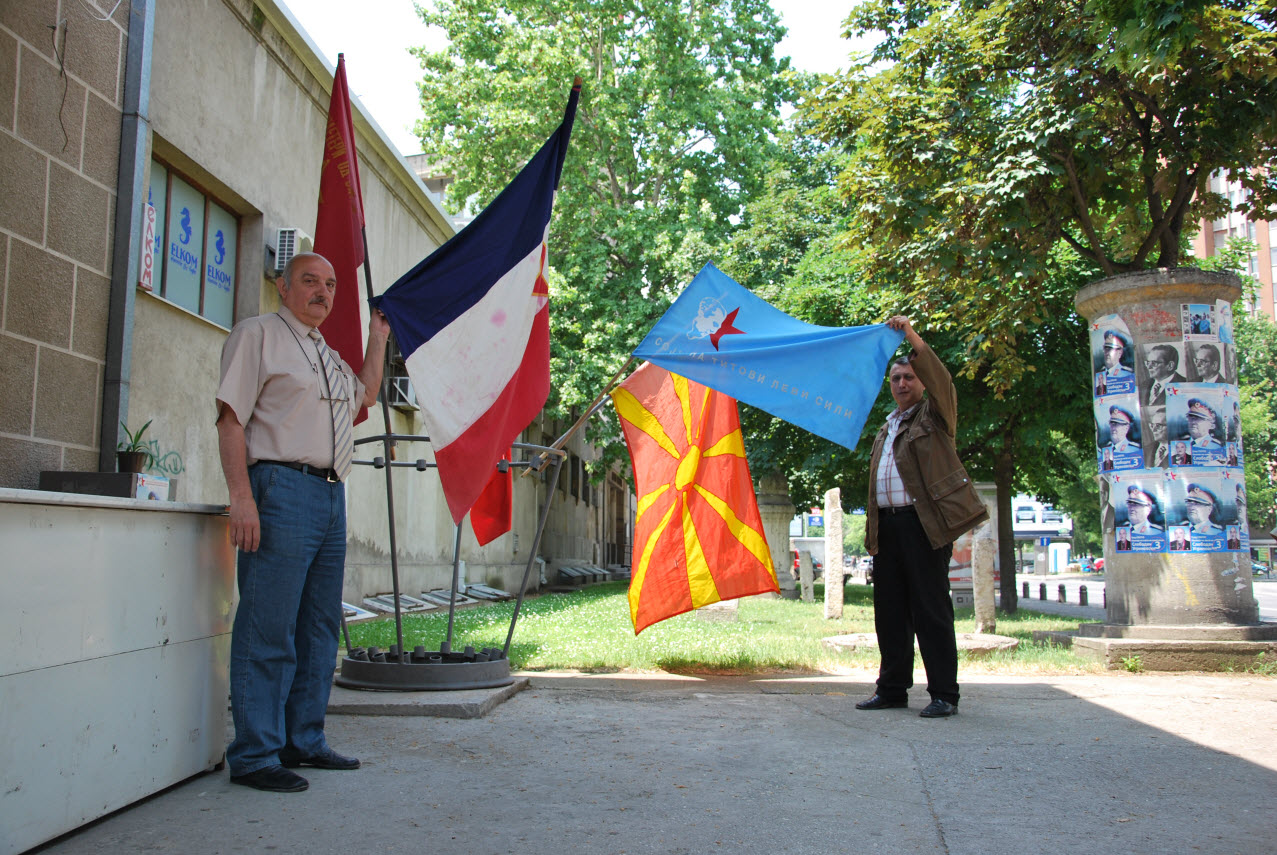 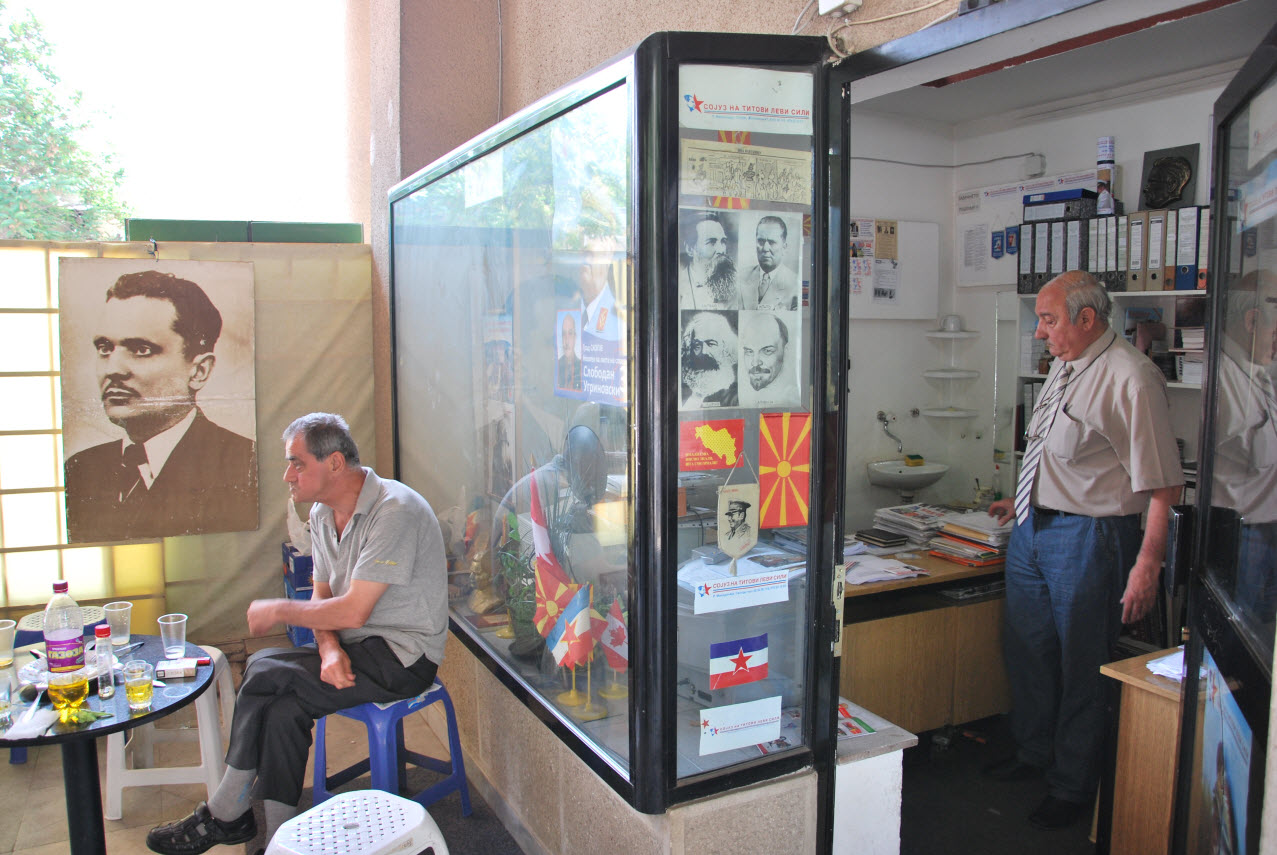 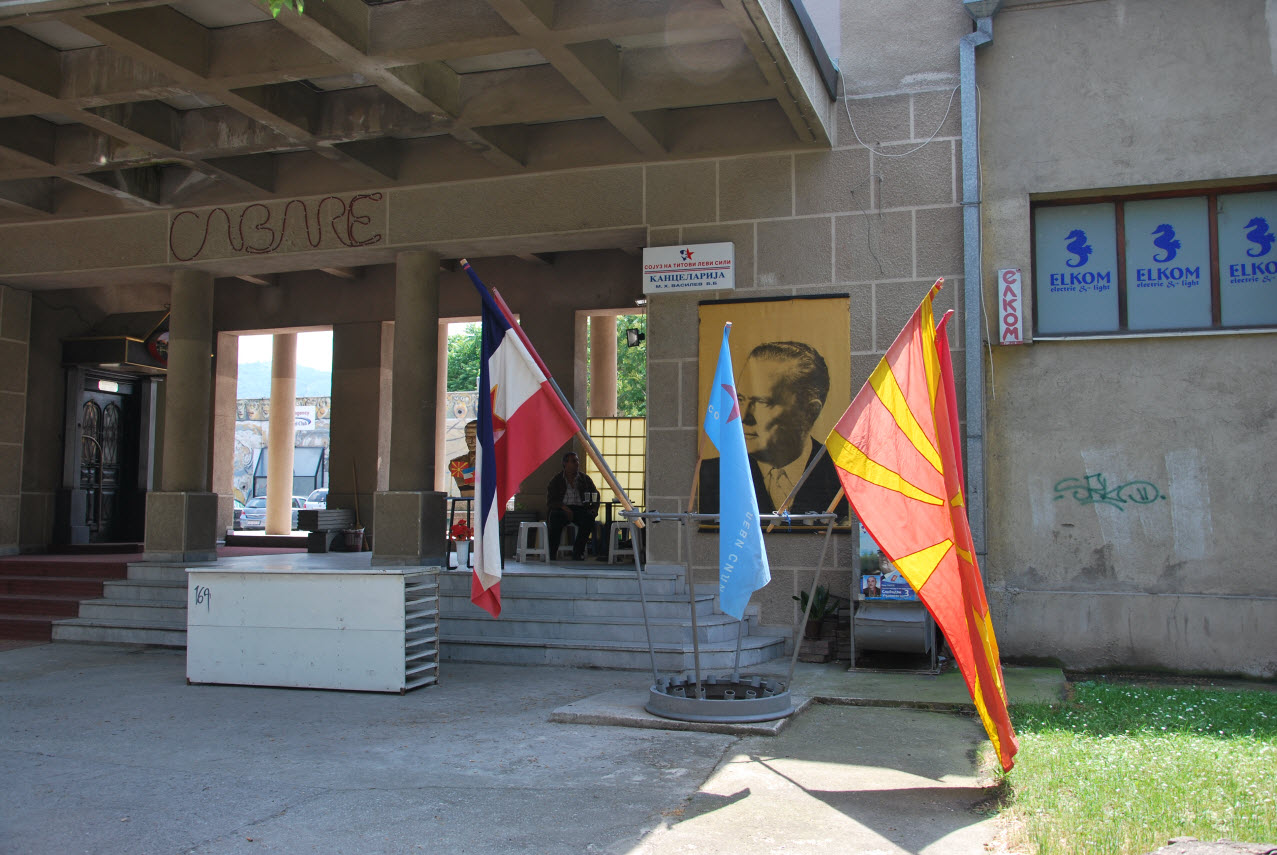