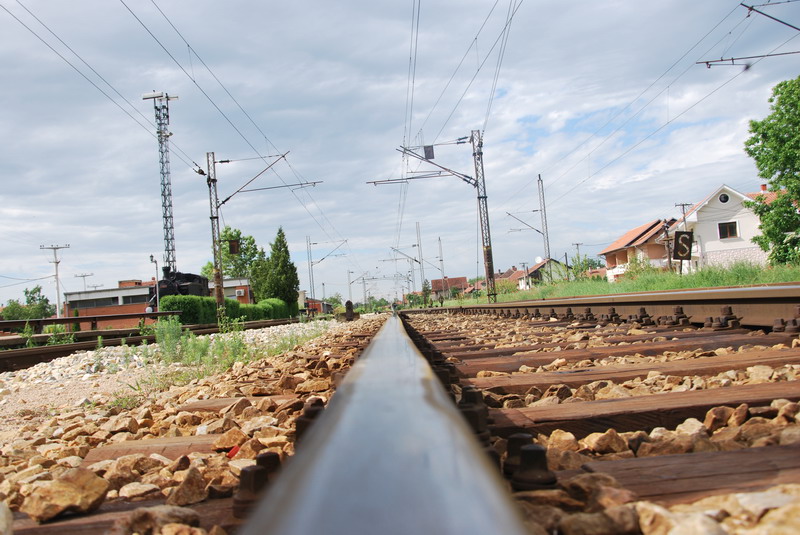 Yes this is third part of my unwritten stories about my latest holidays in Serbia, under the title “U Srbiji je sve moguće” (=in Serbia everything is possible).

Part 3 is going about another passion of me, beside my “Balkan passion”, yes it is my “trains” passion.The best thing you can do in that situation is to combine these: trains in the Balkans :-). The 15th May I did combine this perfectly when I went from Belgrado to Kraljevo via Lapovo (on corridor X, below a picture of railway corridor X). For those who do not know corridor “X”, I will explain it to you in brief: Corridor “X” is the pan-European corridor from Salzburg/Vienna (AT) towards Athens and Istanbul. More info here. In Lapovo I had a small introduction to the Железнице Србије / Železnice Srbije (=Serbian Railways), because somebody from the Serbian railway syndicate guided me. After this introduction it was time for me to take the train to Kraljevo via Kragujevac. A small ex-Swedish rail-bus took me towards my friends in Kraljevo. After I gave a Dutch railways tie (from my father) to one of the conductors I could manage to make some pictures from the driver’s position….. So here they come (just a selection, full is available at my website of course)… And then we arrived at Kraljevo. The conductors invited me to have a beer with them, which would be of course impolite to refuse. There was just some strange thing about the two conductors on that little train: One wears the uniform of the Železnice Srbije (Serbian railways) and one still wears the uniform Jugoslovenske železnice (Yugoslav railways)….

They wanted a picture together, so I made that of course and delivered that at their homes of course (thanks to Darko) , because I promised them so a promise is promise….

I had a great railway day in Serbia (where it is still forbidden to make pictures of trains following my latest information), but it is Serbia and now you now already “U Srbiji je sve moguće” 🙂