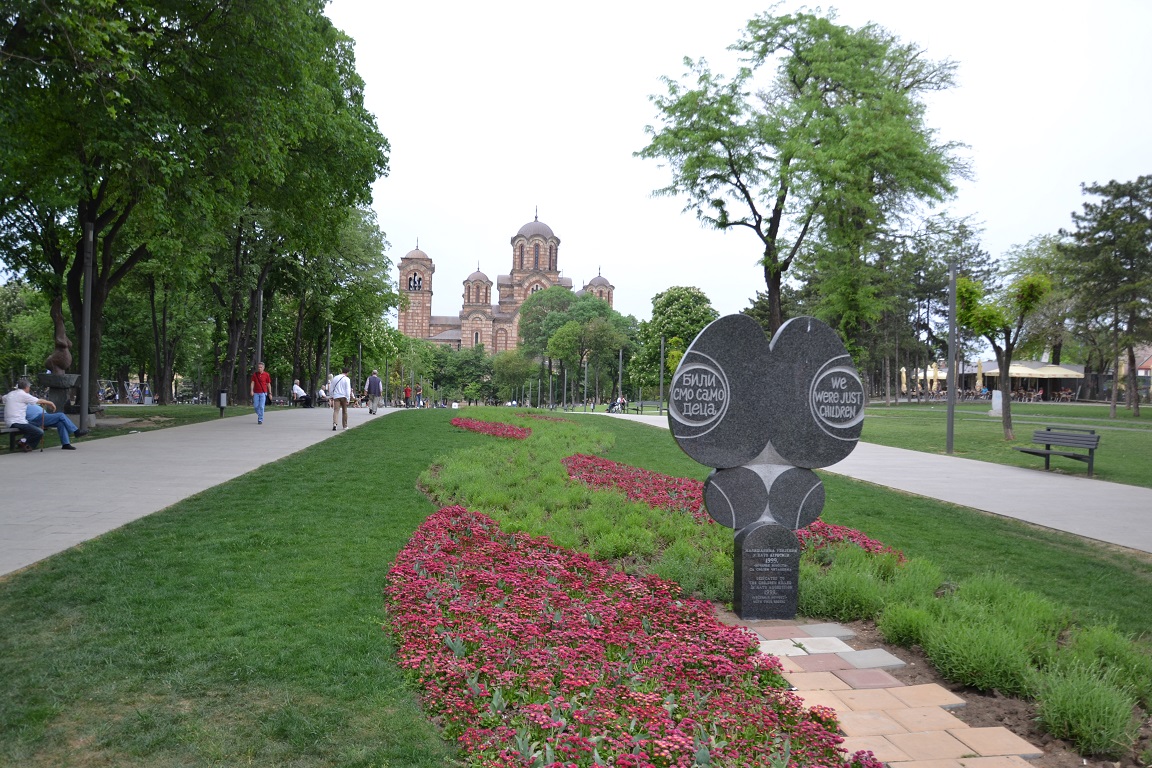 Fifteen years ago I was a student studying public administration in the Netherlands and I was member of AEGEE, the European student organization.  Fifteen years ago my Serbian friends had to search shelter for bombs which NATO dropped on their country during 78 days. During those days more than 2500 people were killed. A lot of children were also killed, below a monument in the center of Belgrade dedicated to them. Since 2004 I visited Serbia many times and NOBODY accused me of anything , NOBODY blamed me about the fact that my government was also participating in those shameful bombardments . Instead I was everywhere welcomed  with hospitality and I made true friends.

I was and I am still surprised about that simple fact that I never felt hate in Serbia towards me as a Dutch citizen, where  in the Netherlands still 74 years after the German invasion of the Netherlands  during World War 2, a lot of people feel hate against the Germans.

Many discussions I had with my Serbian friends about how they suffered, about their fears, their sleepless nights, about their angers and after all those discussions I can only say that I admire them. My Dutch friends asked me about Serbia and if you could still see the damage of the bombardments and if there is still hate. Hate is everywhere for that I just have to open the door here and walk outside.  Yes, Serbia did repair most of the damages, but it still suffers, 15 years later of the consequences: personally and economically, but most important that we bombed a country which fought so hard during WWI and WWII on our side (not for the Netherlands during WWI as we were neutral).  Serbs never could believe that it would happen, but it happened.

Fifteen years later I am still a Dutch citizen, which I will forever stay, but I will move to Serbia, because I found love which I never found before.

This post is dedicated to all the innocent victims of those bombardments. Let us never forget them… Interesting documentary can be found here: ЗАШТО? WHY? Stories of bombed Yugoslavia