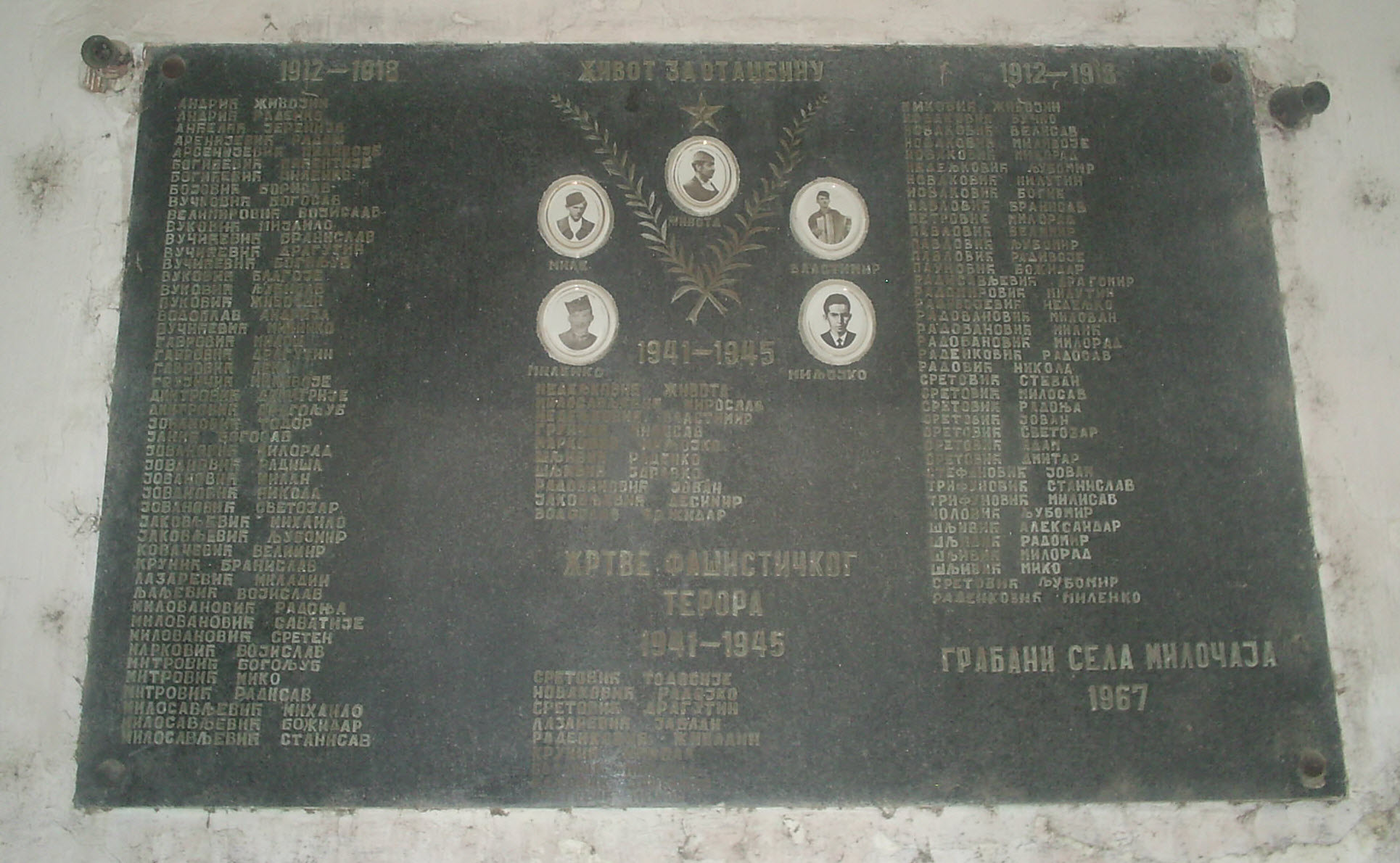 Miloš Gavrović, just a name, like my name, your names, it could be everybody. We actually discovered who Miloš is and this is his story: Miloš is from Miločaj, a little village in Central Serbia, near Kraljevo. When the First World War broke out in 1914 Miloš had to defend his country, he simply had no choice.  When the war continued and the Serbs fought together with the Allies, Miloš was at some point captured by the Austrian/ German army. He was send to a prisoner of war camp and he stayed there until the war ended the 11th November 1918.

After the war an agreement was reached and the Serbian soldiers could go home finally, via the neutral Netherlands, Miloš arrived in Usselo, near Enschede, where he waited to go finally back home.

He never made it home, because he died 23th January 1919 of the Spanish flue. He was buried in Enschede and in 1938 his grave was cleared ( due a Dutch law about grave rights) and his remains where brought to Nijmegen with the aim to bring the remains (and 89 of his comrades who also died in the Netherlands) to Serbia. Even so Miloš was dead, he could finally return home and rest in Serbian soul close to his friends and family.

After a sober Orthodox ceremony on the 18th May 1938 in Nijmegen the funeral procession with the bodies departed towards Wyler on the Dutch/ German border where the remains were handed over to the Germans. The Germans held a ceremony to commemorate the Serbian soldiers and a huger ceremony was held before the town hall of Kranenburg, with swastikas and the Hitlerjugend who was present….. This was also, for now, the last trace we could find of Miloš, because it is not known until today where the remains of Miloš were left. We are still researching this and we hope one day we know, so that we finally know where Miloš is.

Since Tanja Rakovic, John, Ivan and me started to do research on the sad story of those 89 soldiers ( we know now it were 92 soldiers) we discovered this story of Miloš. Tanja is orginally from Miločaj so it was easy to find familly of Miloš: she has found a nephew of Miloš and according to his nephew, who is still alive and who lives in Miločaj, there was a monument built in 1939 by his father Milovan which is Miloš’s brother.

The family didn’t know anything about Miloš’s destiny (what happened to him or where he died). The only thing they knew back then, was that he must be dead, because he never returned. That was all….. Death certificate of Miloš Gavrović from Miločaj , issued by the municipality of Lonneker in the Netherlands.

Here a picture of the monument in Miločaj, which we go to visit the 3th  of January and where we go to talk with Miloš nephew: For us it feels great that we could tell Miloš’s family this news and that they know that he died in my country and that he was not forgotten here…. Somebody who fought for freedom should never be forgotten…..

Milocaj: monument for Miloš on the graveyard (picture from Aleksandar Rakovic)

More about the places of Miloš on a  Google map I created, which you can find here : Places of one Serbian soldier from Milocaj.

We will also start a website which you will be able to find here: www.secanje.nl

Secanje is the Serbian word for remember.