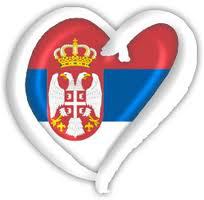 In April (the prediction is +/-30/04/2017) there will be Serbian presidential elections. It seems the campaigns of the different candidates finally started this week. Last Tuesday, the Prime Minister, Aleksander Vučić announced that he will be a candidate for the SNS party ( the “progressives”) and yesterday it became clear that Tomislav Nikolić, the current President, wants to be re-elected (for the same party?). Since then the situation has become unclear.

Meanwhile I can imagine how the media outlets in my old home country and “sphere” will report about Vojislav Šešelj who is running as a candidate as well: don’t forget Šešelj is a very intelligent man and was never convicted for war crimes, he was just a suspect. When I studied Law I learned the difference between a “suspect” and a “convicted person”, but people nowadays seem to forget the difference.

Those same media outlets will report (again) that these elections will be a choice between “the European Union” and “Russia”. As a Dutchman who has already been living for 2.5 years in Serbia and studied the Balkan politics & history already before I have to disappoint you: it is none about that. The elections are just an internal Serbian battle of power consolidation.

We saw last year a “no” in the Dutch referendum on an agreement with the EU and Ukraine, we saw a Brexit and we saw Trump becoming the president of the United States. Since then I have only heard “doom scenarios” about what could happen and what will happen. It was clearly a failure of the current (political) elite to come with answers to the problems of the people from the street. The question next coming years will be if the ones who won will come with the right answers and solutions: I am personally very curious.

Isolation is not an answer, either in the Netherlands (elections next month), France (elections in May) or Germany (elections in September). Back in Serbia I do not foresee that a political landslide will occur. Serbia will be committed to integration in the EU, but also will keep the “special” relationship with Russia. Is that bad? Of course not, but it is of course up to the Serbian voters to decide if they want a change or not. No matter what their choice is, I just hope that it will be the best choice for Serbia.