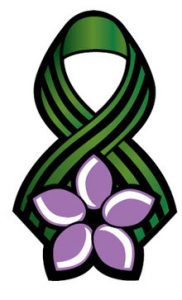 In the spring of 2012 I got intrigued by a World War I monument in Garderen, the Netherlands. On the monument there is a text in French written “les soldats serbes décédés au camp de Millingen 1919” with 29 names in French transcription, and on the back in Serbian and Dutch the text “Deceased for Serbia / the grateful Serbian fatherland” (“Умрли за Србију” / “Gestorven voor Serbie”, “Благодарна Отаџбина Србија” / “Het Dankbaar Serbische Vaderland”). Later 14 names were added from Serbian WWI soldiers who died in Enschede and 21 who died in Nijmegen. I wanted to know more about the 64 names on this monument and thus asked my friend Tanja Raković from Belgrade (Serbia) for help on the Serbian part and John Stienen from the Hague (NL) (as he had already experience with this kind of research). We first wrote down all the names which are written on the monument and from there we started to research in the Dutch municipal archives for death certificates. We found in total 91 Serbian WWI soldiers who died in the Netherlands. From just names on a monument we got already more information and we could trace even already the first families back to Serbia: the first soldier who we could trace back was Miloš Gavrović from Miločaj, the village of Tanja, my friend and now also my wife: coincidence does not exist….  Another name was Milovan Milojević, below his Dutch death certificate. We continued our research , but at that point we did not yet know where their remains were buried , because there was only the monument in Garderen and no graves. With help and encouragement of the Serbian embassy in the Netherlands we were able to visit Yugoslav and Serbian archives in Belgrade (Serbia). There we found more information and we were able to determine where the remains of those Serbian WWI soldiers are currently: the remains of Milovan, Miloš  and 86 others were transferred in May 1938 to Jindřichovice in Czechoslovakia (nowadays Czech Republic) via the Dutch/German border at Beek-Wyler.

Milovan& Miloš found there last resting place in Jindřichovice, together with 7657 other Serbian soldiers and 189 Russian soldiers (calculated as on 1940). Inside the mausoleum in Jindřichovice (CZ).

The years passed and we discovered more details about “our 91 soldiers” and we found even more families. At one point I started to search for Milovan Milojević from Azanja ( according his exhumation report from the Serbian archives) and we came in contact with Žarko Talijan and Damir Živković. We were delighted with their enthusiasm and help: we met in March 2016 in Azanja and the showed us the monument for Milovan on the cemetery.

Detail of the monument for Milovan on the cemetery of Azanja (SRB). On the monument is written: Milovan, a son of Stepan Milojević, a soldier, lived for 30 years, died 6.1.1919. in Miligen in the Netherlands. The monument erected by his bereaved father, brothers, son and wife.

Afterwards they showed us a picture of Milovan which they retrieved from the family.

Millions of men were dragged into the First World War and rough estimations are that some 18 million people died (11 million soldiers and 7 million civilians). It is estimated that the Kingdom of Serbia alone lost more than 1,100,000 inhabitants during the war (both army and civilian losses), which represented over 26% of its overall population and 58% of its male population. Ramonda nathaliae, also known as Natalie’s Ramonda, is a species of flower in the genus Ramonda that grows in Serbia and Macedonia. The flower is considered a symbol of the Serbian Army’s struggle during World War I.

More information about our voluntarily research can be found on www.secanje.nl or on our Facebook page.