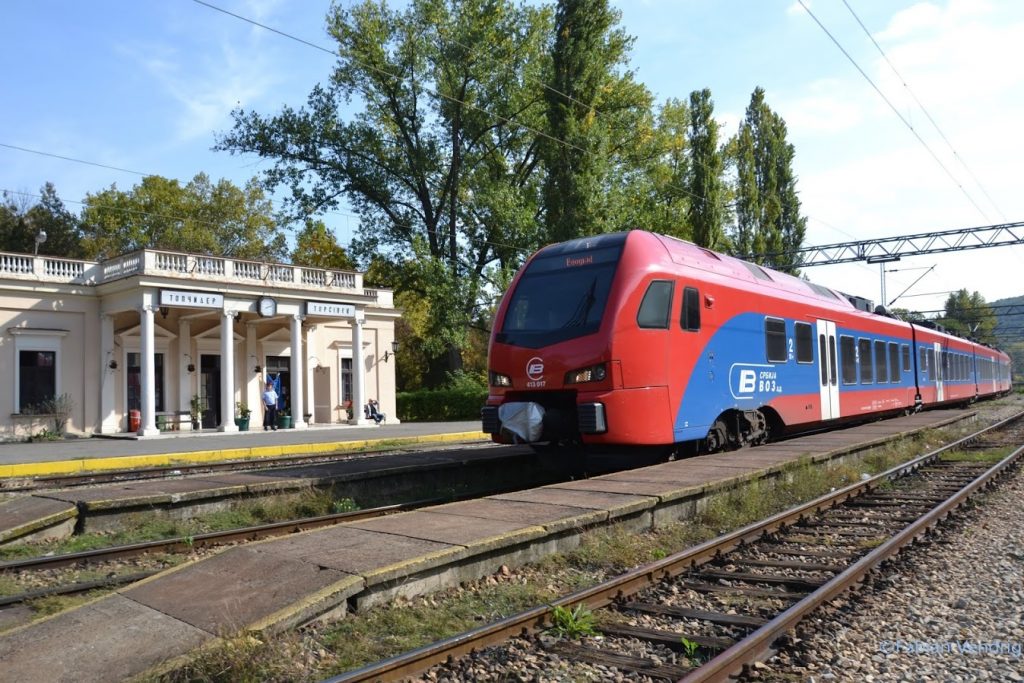 Taking the Iron Road Through Serbia

With Serbia busily upgrading its long-neglected railway lines, there has never been a better time to catch some of the country’s most interesting sites by train. Belgrade’s new station, “Beograd Centar”, also known as “Prokop”, is further from the city centre than the old one and is still in development.

The reconstruction of Serbia’s railways is currently in full progress, with the line from Belgrade to Novi Sad and Subotica (and then to Budapest) as the most important project.

Once reconstruction is finished, passengers should be able to travel at speeds of 200 km per hour. The estimated travel time between Belgrade and Budapest will be cut to around three hours, although it is not known yet when this will be possible.

Despite these announced changes, traveling by train still requires a bit of patience in Serbia – but patience is rewarded: it is a far more comfortable way to travel through the country than by bus. Travellers see more of the landscape and can even enjoy a tipple on board. It brings a sense of adventure, recalling the early days of the famous Orient Express, which used to cross Serbia during its legendary journey from Paris to Constantinople.

From Belgrade to the sea at Bar:
The most beautiful railway trip in the region is definitely the journey from Belgrade to the Adriatic port of Bar in Montenegro. The 476 km-long journey takes almost 12 hours – excluding relatively frequent delays and break downs – but is well worth it: many travel guides praise this railway for its beauty.

It took the Yugoslav government 24 years to build the line, which finally opened on May 28th 1976. When you know that the train passes 254 tunnels and crosses 435 bridges, you can understand why the work took so long. The highest point of the railway line is 1,023 meters above sea level in Kolasin, Montenegro. You also cross the Mala Rijeka viaduct in Montenegro, which, with a height of 198 meters, is also the highest viaduct in Europe.

If you are unable to undertake the whole journey, the line offers a few interesting stops along the way, such as Valjevo and Zlatibor.  Valjevo is a perfect day trip by train: you can take the train in the morning and return by nightfall. Valjevo itself is a charming small town in western Serbia and sites worth visiting there include the local museum. Nature lovers can take a hike along the Gradac gorge.

Zlatibor is one of the most popular tourist destinations in Serbia and is best reached via the stations at Branesci or Uzice, from where you can take public or private transport.

If you want to do the whole journey to Bar, which is an adventure itself, remember that trains to Bar no longer leave from the main railway station but from the station at Topcider, which was formerly used solely by the royal family and, later, by President Tito.

Topcider can be reached easily by tram from the old railway station and, of course, by taxi or car. It is advisable to take the train by day, so you can fully enjoy the view, but there is also a night train. You could do a combination of a day/night train to save time. The timetable can be found on Srbijavoz’s website: (http://www.srbvoz.rs/bg_pg_vi.pdf)

Ride the ‘Romantic Train’ to Vojvodina:

During summer, you can take the Romantic Train (Romantika voz), which runs to the town of Sremski Karlovci, near Novi Sad and the Fruska Gora national park. The train leaves Belgrade in the morning, using old-fashioned railway carriages from the 1930s. Two hours later, you reach Sremski Karlovci.

From there, it is an easy walk to the town centre, where you can sample some tasty local specialties. Both the old Catholic and Orthodox churches are worth visiting. You can also walk to the “peace chapel”. Here, the historic Treaty of Karlowitz was negotiated between November 16th November 1698 and January 26th January 1699, which ended hostilities between the Ottoman Empire and the Holy League, a coalition of various European powers including Habsburg Austria.

Early in the evening you return on the same train back to Belgrade. On the way, you can enjoy a drink in the train bar or just relax and watch the landscape changing. More information on the schedule is available on Srbijavoz’s website: (http://www.srbvoz.rs/eng/romantika.html)

Up the mountains on ‘Sargan’s Eight’:

This 760 mm narrow-gauge railway line between Mokra Gora and Sargan Vitasi, called “Sarganska osmica” (“Sargan´s Eight”) in southwest Serbia was once part of the Belgrade-Sarajevo line, which closed in 1974.

With the help of Serbian film director Emir Kusturica, Serbian Railways reconstructed the track. The track was built over the Sargan mountain pass and in order to reach needed height difference of 300 meters the railway track was built in the form of a figure eight, hence the name.

The train passes through beautiful landscape and at one point you can see the railway line below you, or above you, depending on the direction of travel. Along the railway track you will also see some restored railway stations and the Golubici station, which was used as a backdrop in Kusturica’s film, Life is a Miracle.

The tourist train departs daily in the summer season from Mokra Gora to Sargan Vitasi and then back. In winter, there are some scheduled departures. The best thing to do is to check the site of Serbian Railways, which operates the train: (http://www.srbvoz.rs/eng/nostalgia.html)

Other trips: Vrsac and Prahovo

Beside the trips described above, a day trip from Belgrade to Vrsac, an interesting town near the Romanian border, in Vojvodina, is worth taking. The diesel train will bring you there in less than two hours, and with five trains a day you can be flexible. While there, try some of the local wines, especially as there is no pressure about driving home.

More careful plans are needed if you want to travel from Nis to Prahovo in eastern Serbia close to the border with Romania and Bulgaria, another ride that passes through some of Serbia’s most beautiful landscapes.

This article I wrote earlier for Belgrade Insight, which is part of BIRN (link) and appeared in their 257th Edition from 27 July 2018.