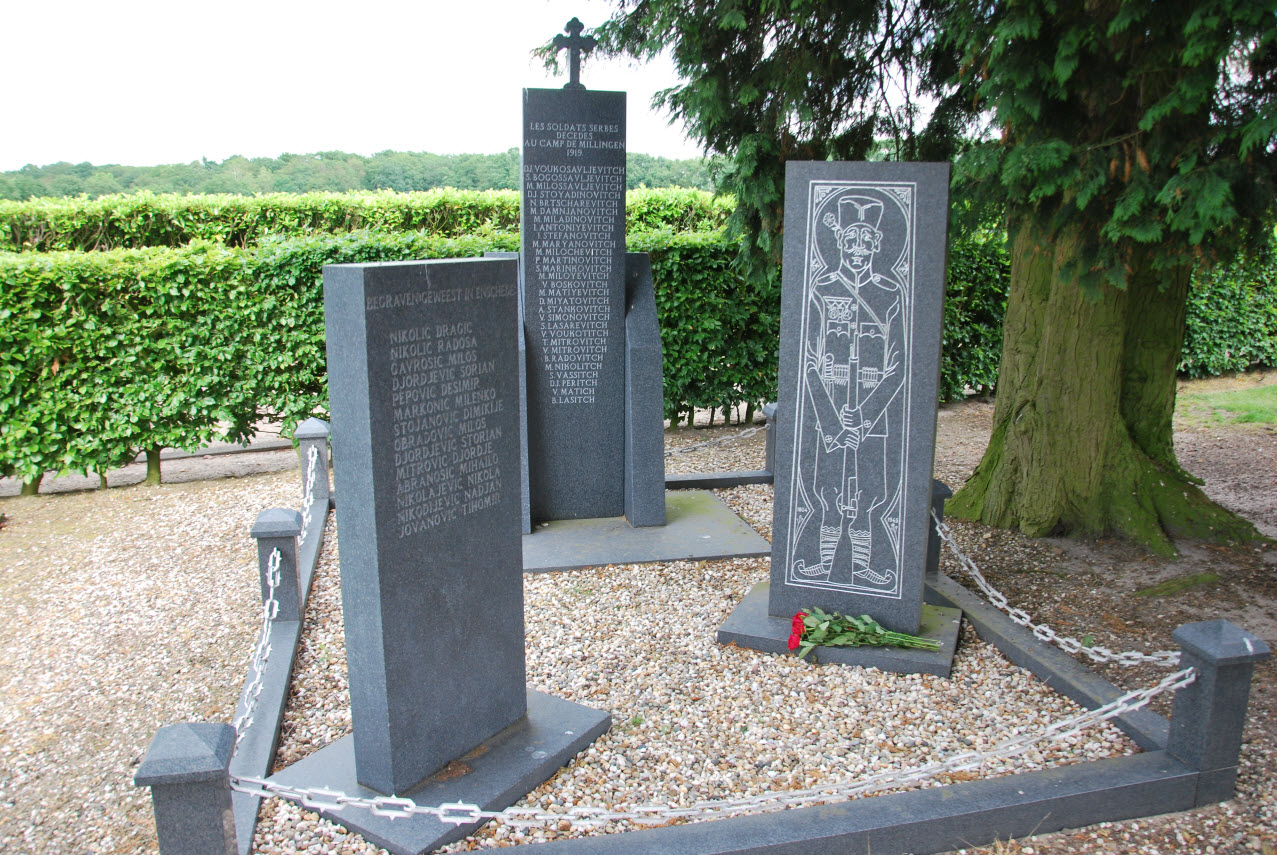 Our search to what happened to the remains of the Serbian soldiers of the First World War who died (due Spanish flu) in the Netherlands continues. The research is very hard, because the bodies were handed over to the German authorities (without making a prejudice), we have found out in a news paper article from the “Utrechts Nieuwsblad” (=Newspaper from Utrecht), 18th May 1938, page 3, see below. Short translation: “On the 18th May 1938  the remains of 89 Serbian soldiers were transported to their home country. They were transported to the first Dutch-German border post (Wyler) , where 150 German soldiers from a detachment from Wesel formed a honor guard. When they arrived a military chapel played music, and after  a short speech,  flowers were attached to their metal coffins. After shots of honor the coffins where moved from the Dutch vehicles to the German ones. The remains will be transported directly to South-Slavia”.

We know now that they never arrived in “South-Slavia” (Serbia), so our search have to continue. Anyone who has useful information can contact me, because our search will continue, only for the rest of those unfortunate Serbian soldiers….