This week we continued our research on the remains of Serbian World War I soldiers who died in the (neutral) Netherlands as prisoners of war. Me, Tanja (SRB), John (NL), and other friends& acquaintances  made this week a huge progress with names and we have now a lot of official death certificates from the Dutch municipalities where those poor Serbian soldiers died. It is quite an exercise to read those certificates from 1919 and especially to read their names and the places where they were born ( if there is any written).

Sometimes it is just heartbreaking: why there is written on the Dutch death certificate from the municipality of Dordrecht from soldier Dragantin Milontinovitch, (nowadays he would be Dragutin Milutinović) age 26, from Brović the name of his mother Nikolija?

We saw a lot of certificates without the name of the parents, but by Dragutin’s we saw only the first name of his mother. The whole day I was thinking about him and imagine how it would be for him: he survived the First World War and was in a strange and far away flat country with the name the Netherlands and he was terribly sick due the Spanish flue. He was waiting to go back to Serbia,to see his mother Nikolija, but possibly he did know he wouldn’t make it: did he call for his mother when he took his last breathe?

We don ‘t know, at least we can give Dragutin 93 years later after his last breathe a voice and that he was not forgotten, neither in Serbia or the Netherlands….. 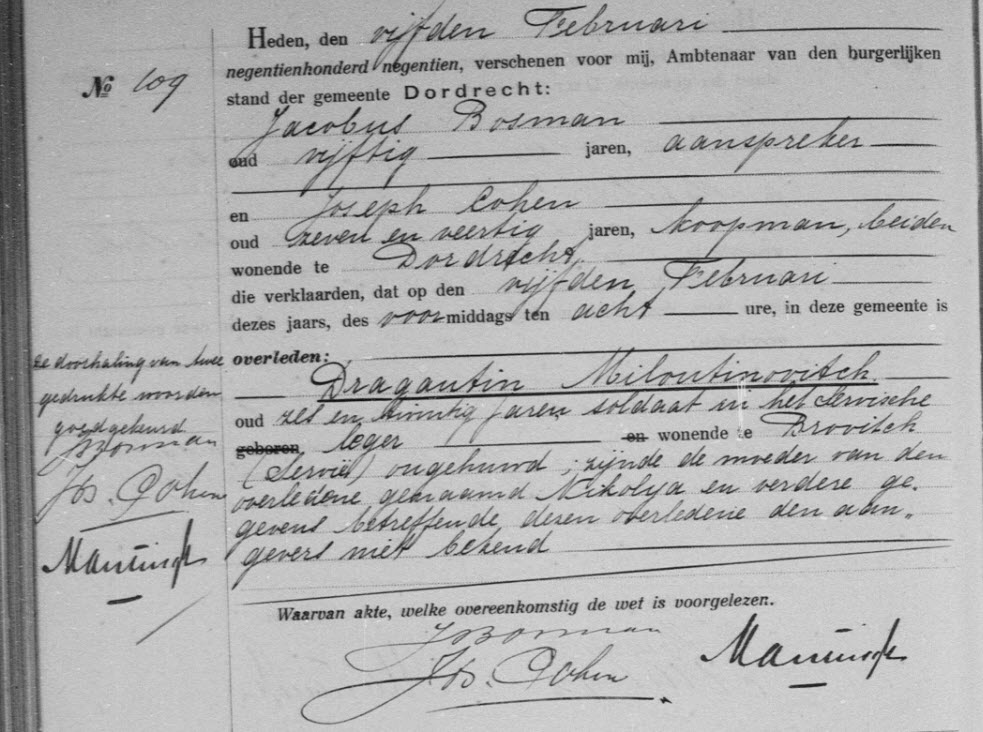