The nick name of the city is ‘Kei stad’ , translated in English as ‘ boulder city’ (A ‘kei’ is Dutch for a boulder or a rock) . This nickname Amersfoort got since 1661 when a bet got wrong,  more information about that bet here (in Dutch only). In 1972 the annual ‘Keistadfeesten’ started. A number of times these parties were concluded with the passing through the city of ‘boulders’ from various European countries. In 1979 a ‘kei’ arrived  from Yugoslavia.

I did know about this story, but never had the chance to see this kei from Yugoslavia, until last weekend. 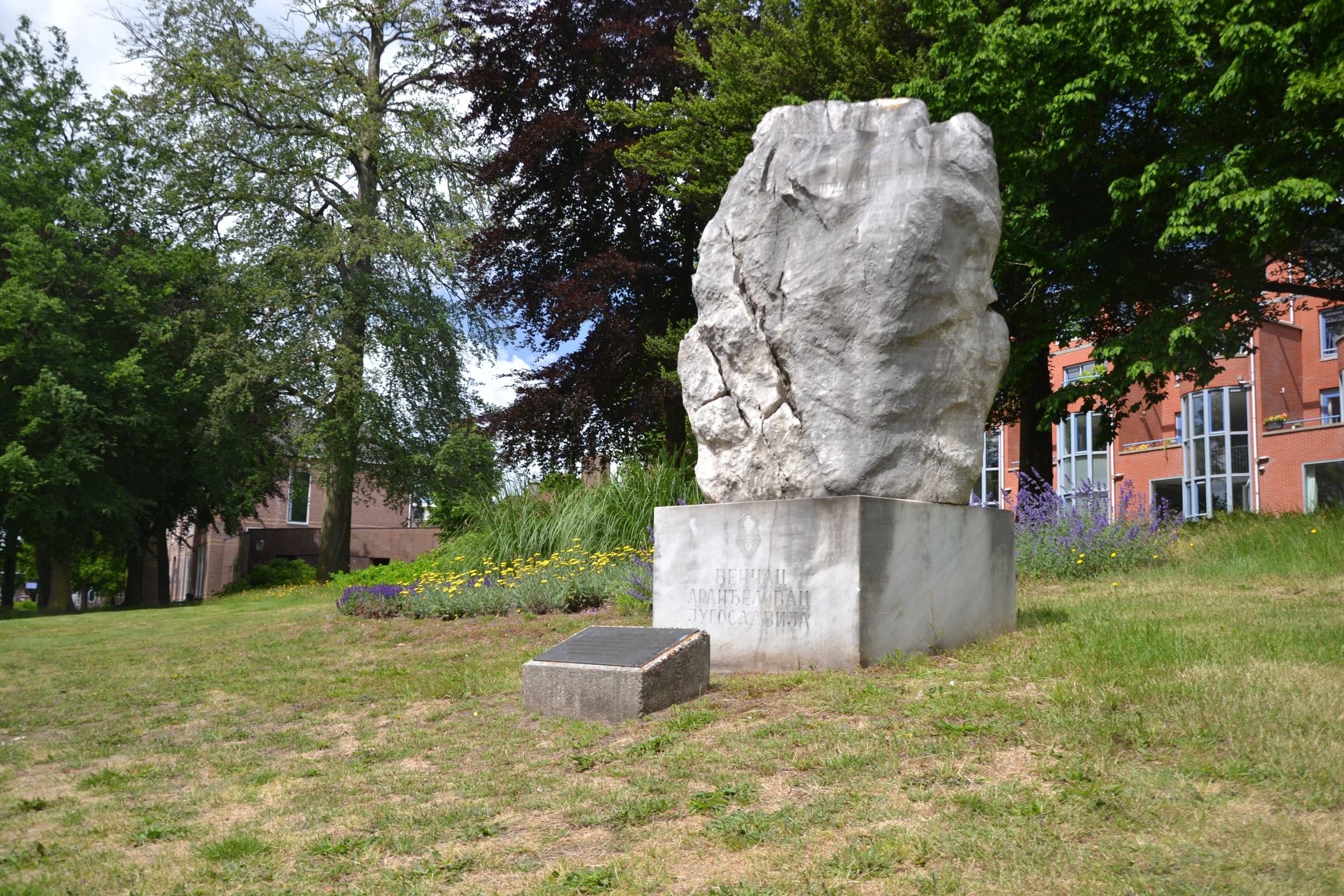 I was surprised to see the inscriptions in Serbian Cyrillic. Aranđelovac is a medium sized town in Šumadija, the heart of Serbia and I really considered it nice that this stone is here, beside many other stones from all over the world (England, Austria, Belgium, Switzerland, Canada, France, Italy, Sweden, Turkey and more). 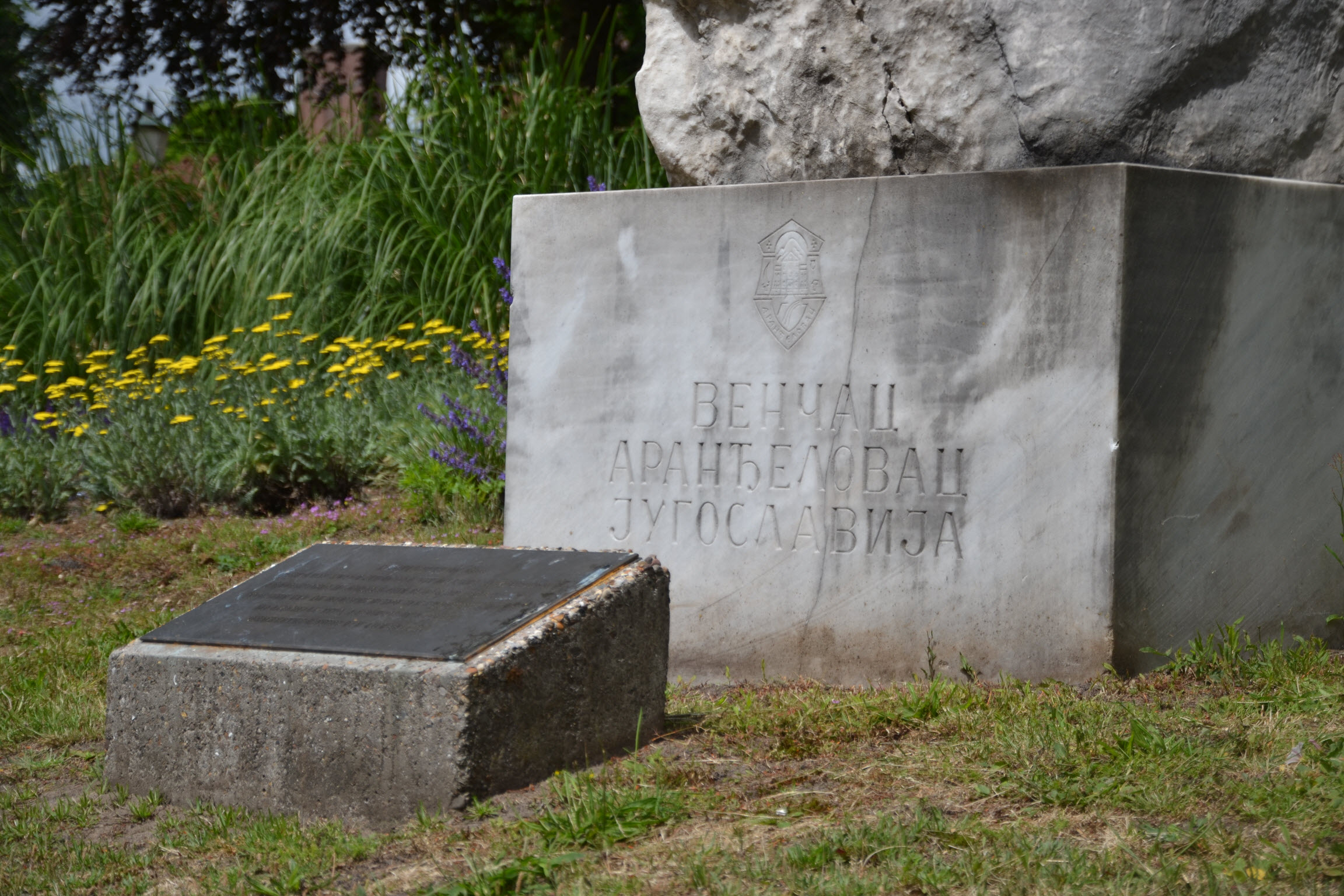 Below a close-up of the inscription below the stone.  There is written: ‘Венчац Аранђеловац , Југославиа’ (translation:  Venčac, Arandjelovac, Yugoslavia).  Venčac is a 659 metres high mountain near Arandjelovac. It is well known by its mine of white marble. Some parts of White House, Washington, D.C. are built from this quality material from Venčac. 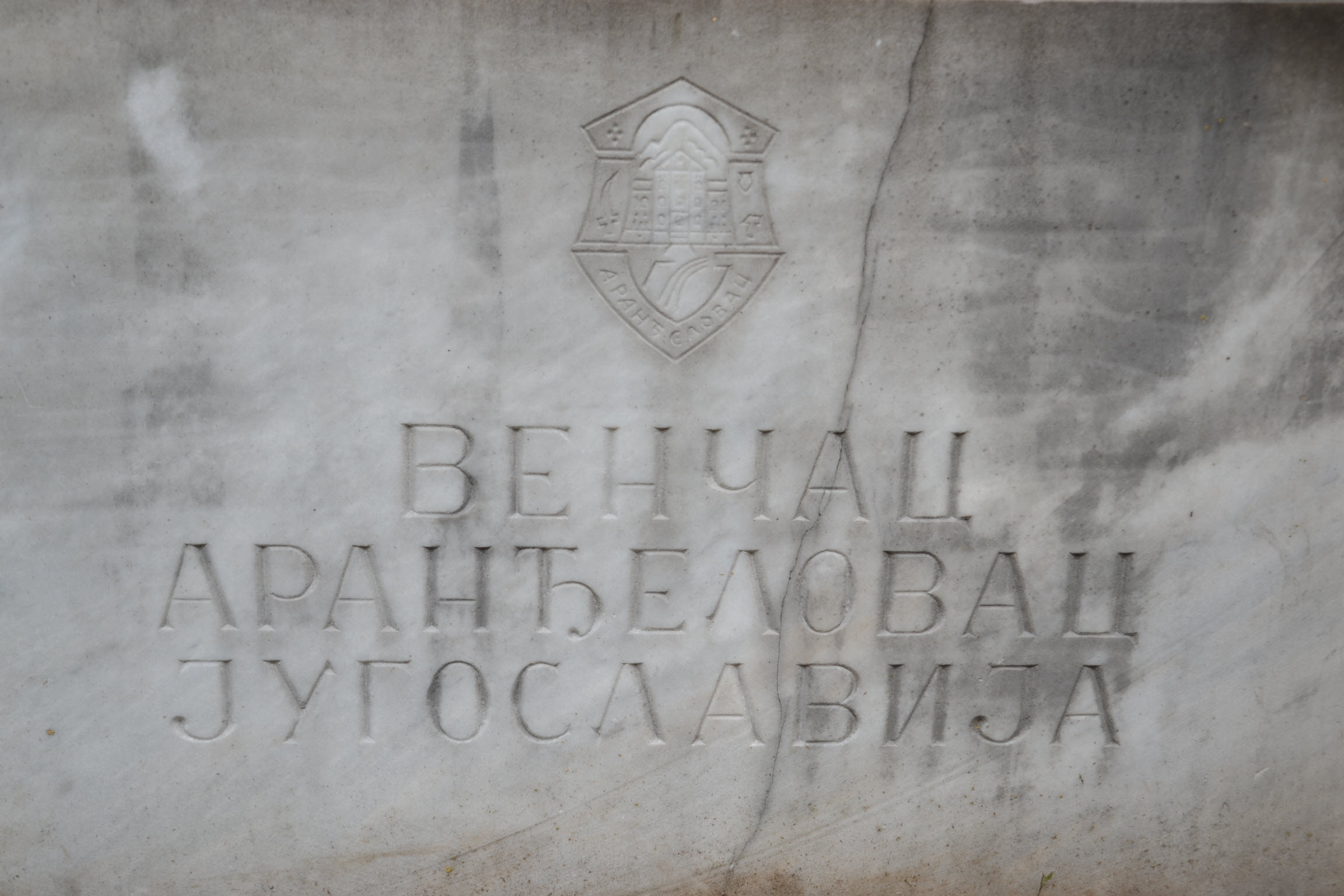 Translation of the text on the plate on the picture below: ‘Keistadfeesten 1979′: this  6 tons heavy stone of white marble, from Aranđelovac in Yugoslavia got the signature of head of state, Marshal Tito, on the 8th September 1979  and was presented to the city council of Amersfoort.’ 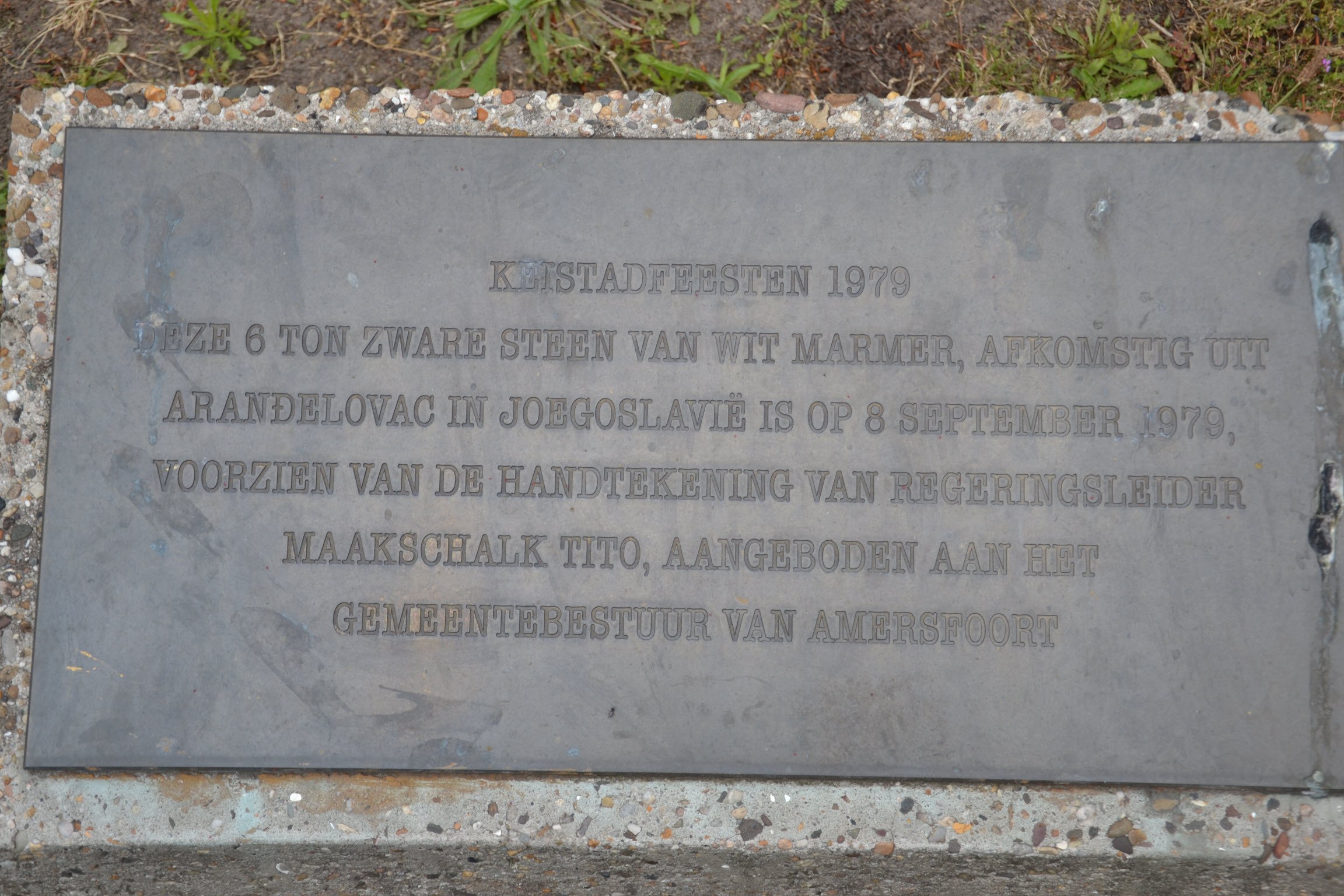 Here a close up of the signature of Marshal Tito, presdenik SFRJ (president of the Socialist Republic of Yugoslavia). 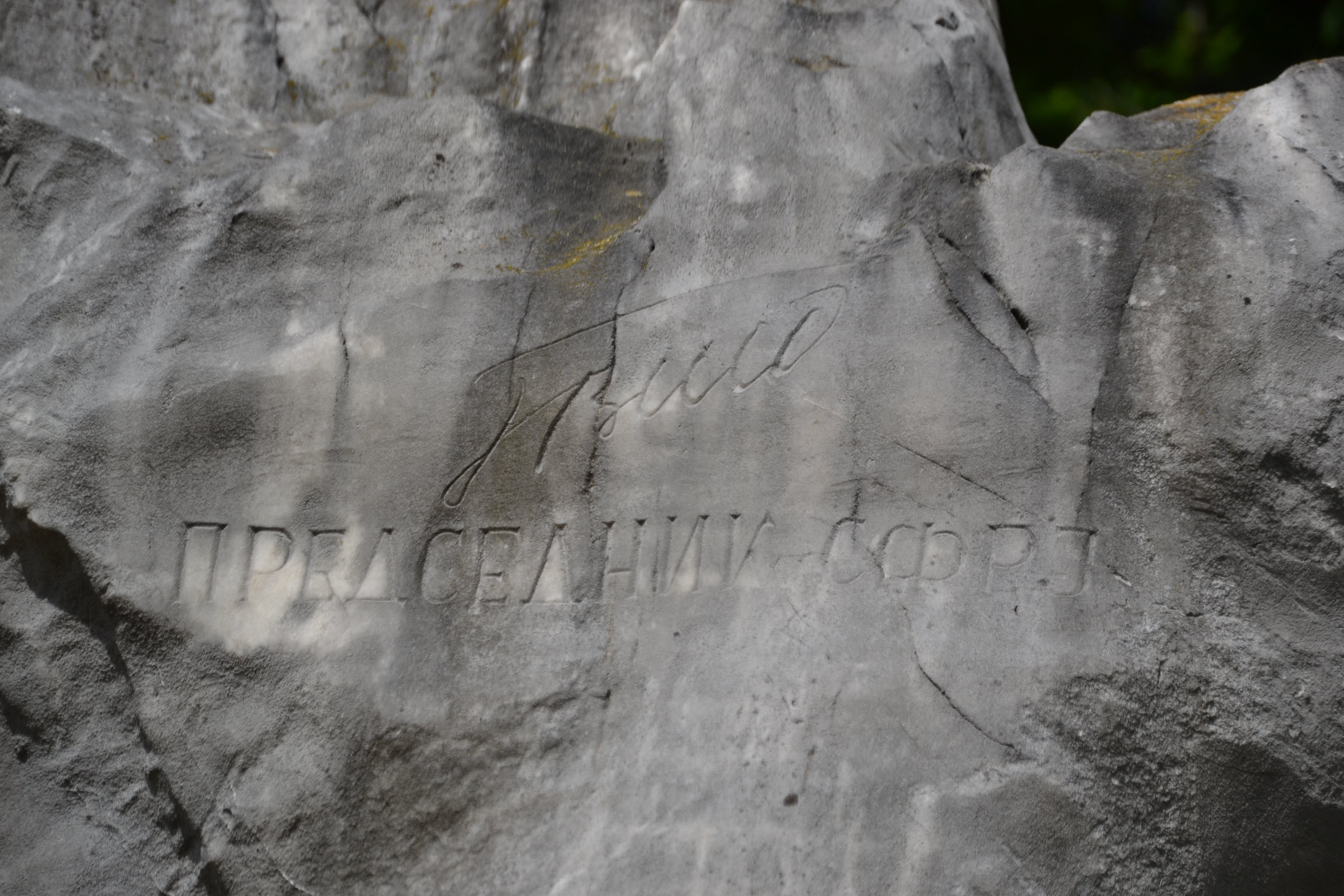 So yet another unknown, but nice, story of the cooperation between Yugoslavia and the Netherlands! Want to see the stone yourself? The location of the stone here on Google Maps (link).

I wrote more about the Dutch & Belgian – Yugoslav / Serbian relations , here a small selection of articles I wrote:

Do not forget also of course our research to the Serbian soldiers who died in the Netherlands: www.secanje.nl