The Belgrade-Bar is one of the most scenic railways in Europe and it is becoming every year a more popular train trip. I wrote earlier about this beautiful railway line, but now it is time up to sum up some facts and tips & tricks for you. So here we go with the 10 things you need to know about the Belgrade-Bar railway.

1. The railway is going through 3 countries.

Once this 476 km long railway line went through 1 country and that was of course Yugoslavia, but after the break-up of Yugoslavia the railway line is now in three countries: Serbia (288 km), Montenegro  (174km) and 9 km through Štrpci which is in Bosnia-Herzegovina (BIH). The 5 milometer between the old railway station of Belgrade and Topčider is closed.The train does not stop in BIH (and be glad there is also no border control), but back then there was a station which is now not in use any more. And for the train nerds (like me): it is electrified with 25 kV, 50 Hz AC along the entire corridor.

Google Map I made of the route Belgrade-Bar with pictures, it is clickable 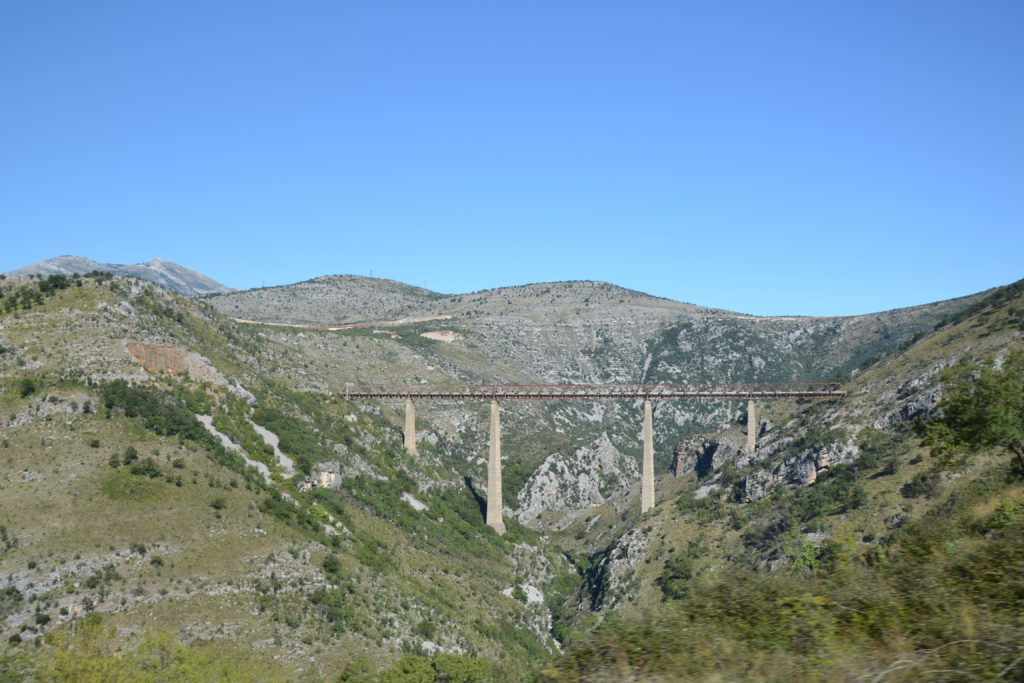 When the railway line was opened the travel time between Belgrade and Bar was 7.5 hours. Nowadays it takes approximately 12 hours due speed restrictions, but there is hope: both Serbia and Montenegro are working on reconstruction of the line and some parts, like Beograd-Valjevo in Serbia and parts in Montenegro are already finished.

Tip: bring enough food and drinks with you for the trip, because if you are unlucky there will be no restaurant car. 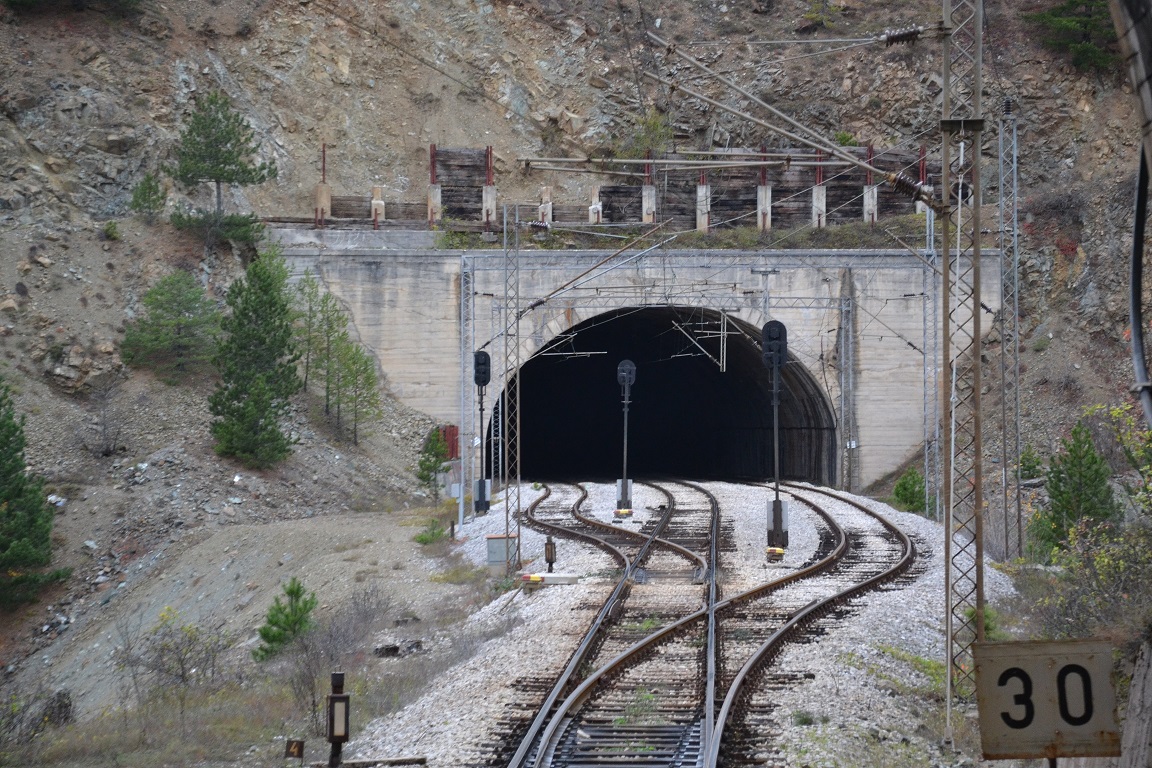 It took the Yugoslav government 24 years to build the line. It was a prestige project of Josip Broz Tito, the president of Yugoslavia. The following parts were opened per year of opening

The whole line from Belgrade to the Adriatic coast finally opened on 28th May 1976.

6. The highest point & the lowest point

The highest point of the railway is at 1,032 m above mean sea level, at the town of Kolašin in Montenegro. The railway descends than afterwards (as seen from Belgrade) very quickly to 40 meters above mean sea level in at Podgorica in a relatively short distance, thus this section has a gradient of 25‰. 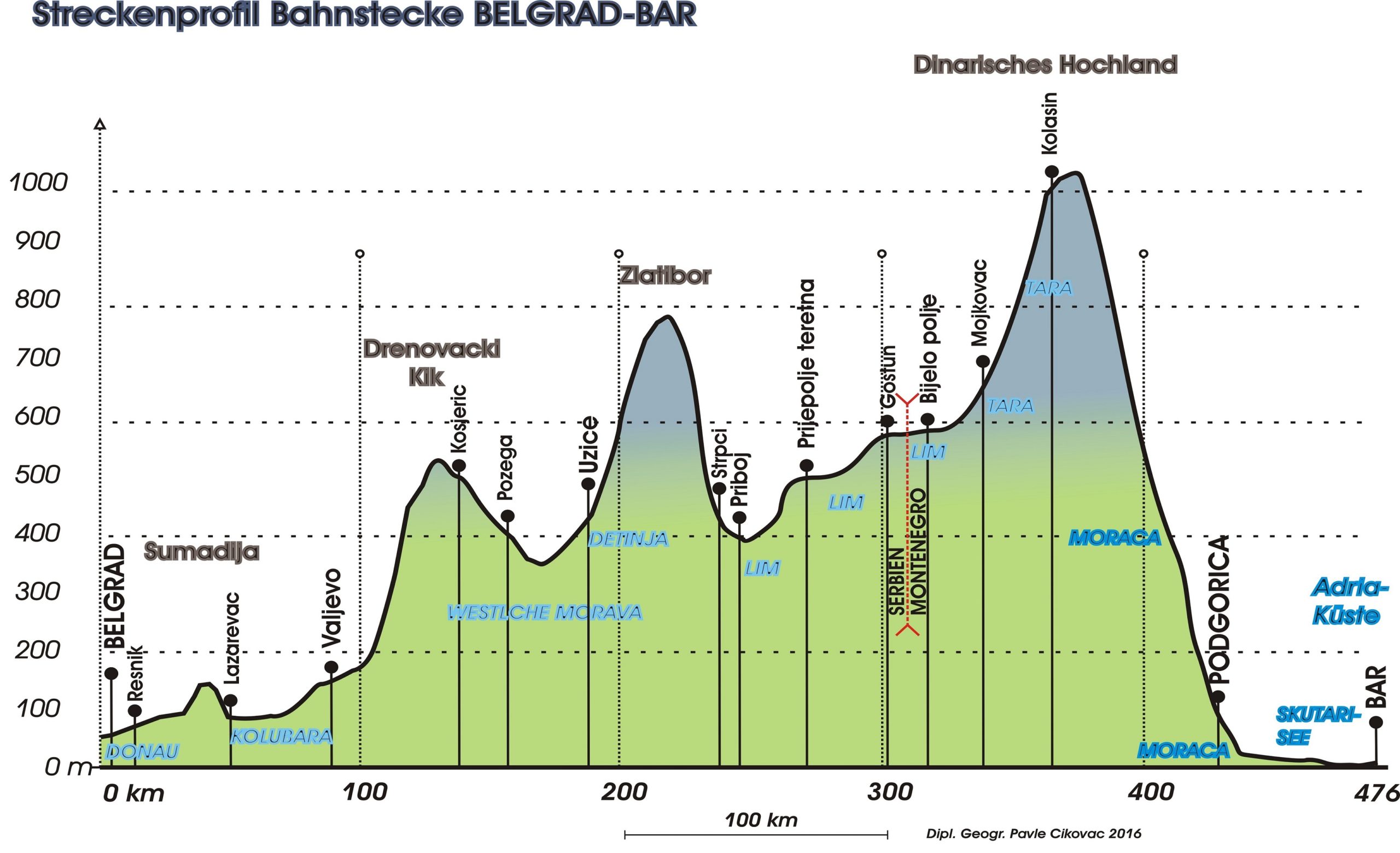 Detailed elevation profile of the section of the railway line through Montenegro (made by me).

The “mythical” blue train was not specifically designed for this railway. The blue train (plavi voz) was Josip Broz Tito’s own presidential train which he used to travel through Yugoslavia. Of course he used it when the Beograd-Bar railway line was inaugurated on 28th May 1977. Nowadays the Serbian railways put sometimes some of the wagons of the blue train in the regular night train to Bar, so you can sleep in one of these seventies stylish wagons from the president himself. 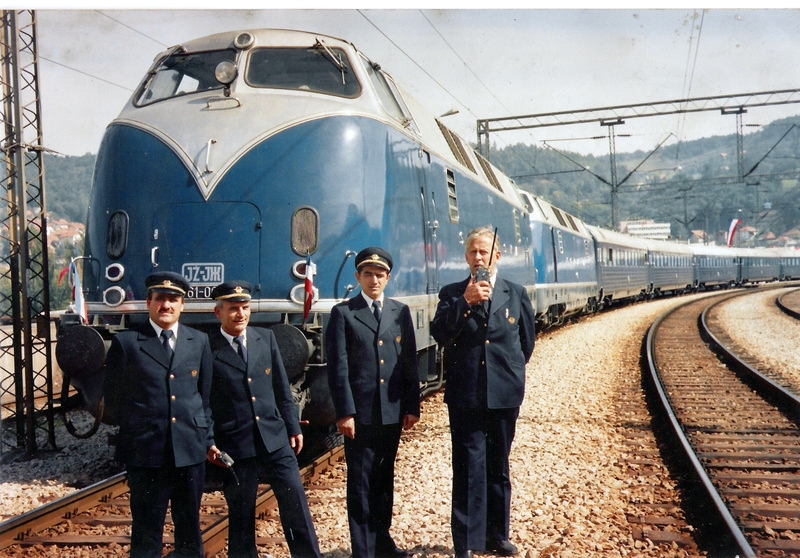 8. The most scenic parts

The most scenic parts off this railway line are between:

When the railway was finished it was seen as a huge achievement of Yugoslavia. The opening of the railway line was of course celebrated widely celebrated . Some impressions below.

And even a song from Lepa Lukic, but there were also other songs from other singers.

Yes Yugoslavia was proud when the Belgrade -Bar railway was it was finished after 24 years of building.

10. The train does not depart anymore from Belgrade’s main railway station

Be well informed that when you depart from Belgrade the trains to Bar no longer leave from the main railway station but from the station called Beograd- Topčider which was formerly used solely by the royal family and, later, by President Tito.

Topčider can be reached easily by tram from the old railway station and, of course, by taxi or car. More information here: Belgrade´s main railway station.

Tip:  of course it is advisable to take the train by day, so you can fully enjoy the view, but there is also a night train. You could do a combination of a day/night train to save time if you want to do the return trip. The timetable can be found on Srbijavoz ’s (=Serbian Railways) website: http://www.srbvoz.rs . Tickets are sold via Srbijavoz of Montenegro’s railway operator Željeznički prevoz Crne Gore. 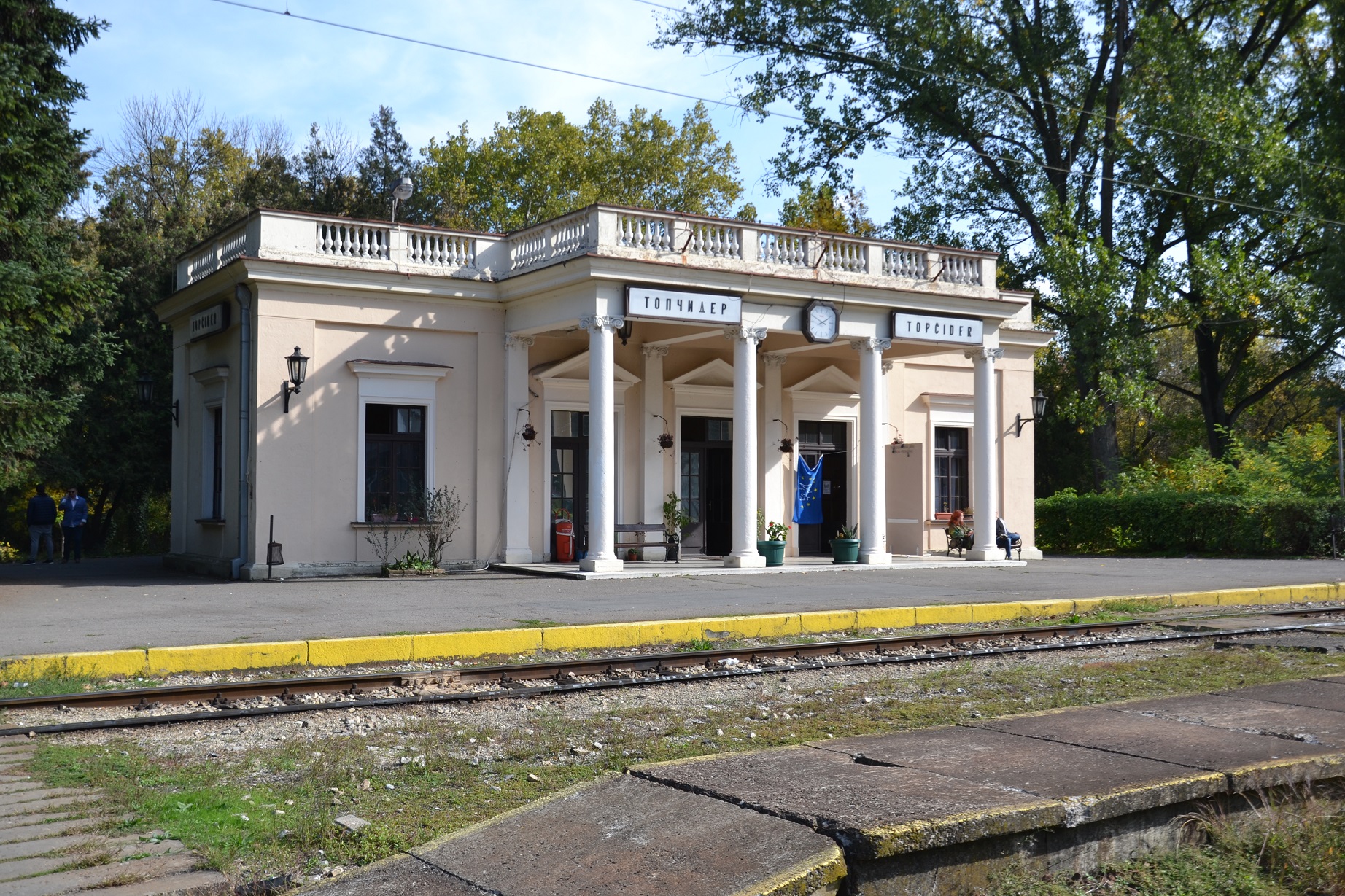 Than read my earlier blogs about this magnificent railway: