“This morning, during a solemn ceremony, 4 Serbian Prisoners of War (PoW) were buried with a military escort. Three of them died in the quarantine camp, Milosch Obrabowitz, Stoiam Beoidewitz en Bofibar Rabowanowitz and one died at a hospital, Sretin Rajitschitz. Near t’ Lindenhof Dutch soldiers under command of sergeant Lesman were standing in formation. From there the burial procession departed towards the new cemetery under a sad drum tone, where the commission of reception of foreign PoWs was waiting with 4 wreaths. A Dutch military peloton fired a salvo. In the sad procession two released Serbian PoWs, one of them being the brother of the last named Serb, participated. He threw a hand of earth on his brother’s coffin”(from the Dutch newspaper “Tubantia”, 24-01-1919).

Almost 100 years later we discovered that it was Dragomir V.Rajičić from Gornji Milanovac in Central-Serbia who buried his brother that day in Enschede, a town in the East part of the Netherlands. Dragomir arrived in the Netherlands with his brother just after the end of WWI, with more than 4000 other Serbian WWI PoWs. They were on their way home from the German PoW camps. When the Spanish flu broke out a lot of soldiers, weak due their time in PoW camps, died. In the Netherlands a total of 91 Serbian WWI soldiers died and 4 of them originated from the (current) municipality of Gornji Milanovac.

In 2013 we already discovered a letter written by Dragomir which he sent in 1919 to the family of another Serbian soldier (Đorđe Vukosaljević from Kragujevac) to inform them about the death of their beloved one. He wrote in that letter that his brother had also died.

In 2017 we came in contact with Prof.dr Milan Radovanović who wrote a book about the Dutch help to Serbs who were imprisoned during WWI in German and Austro-Hungarian PoW camps. In his book we found a postcard from “Dragomir Rajitschitsch” which had been addressed to Ljubinka i Militza Rajitschitsch from Gornji Milanovac and sent from the PoW camp Soltau in Germany. The handwriting is identical as the letter we discovered in 2013.

On the front side of this postcard we can see a picture with 8 Serbian soldiers and one German soldier where is also written “Prizonieri 1916-1917”. 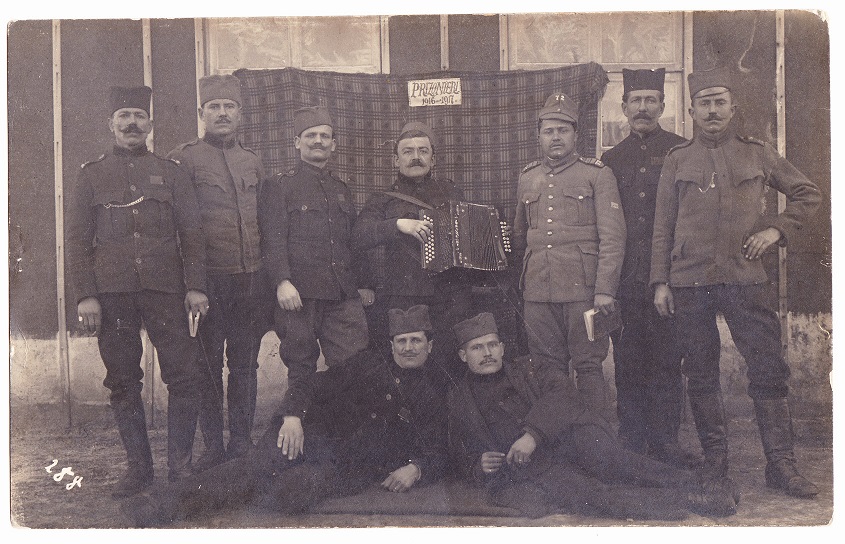 We don‘t know if both Dragomir and Sreten are on this picture. Normally they should be as it was the practice that PoWs used to send pictures home with themselves on it, but we can’t confirm it (nothing is written on the back of the postcard).

When we saw this postcard we were of course impressed and encouraged to find out more about the Serbian WWI soldiers from Gornji Milanovac who reached the Netherlands. We have contacted a few people, but we were not able to find more information or family so we hope we can find more and even trace some more families back.

More information on our website www.secanje.nl, our website about our voluntarily research to the fate of the 91 Serbian soldiers who died in the Netherlands.