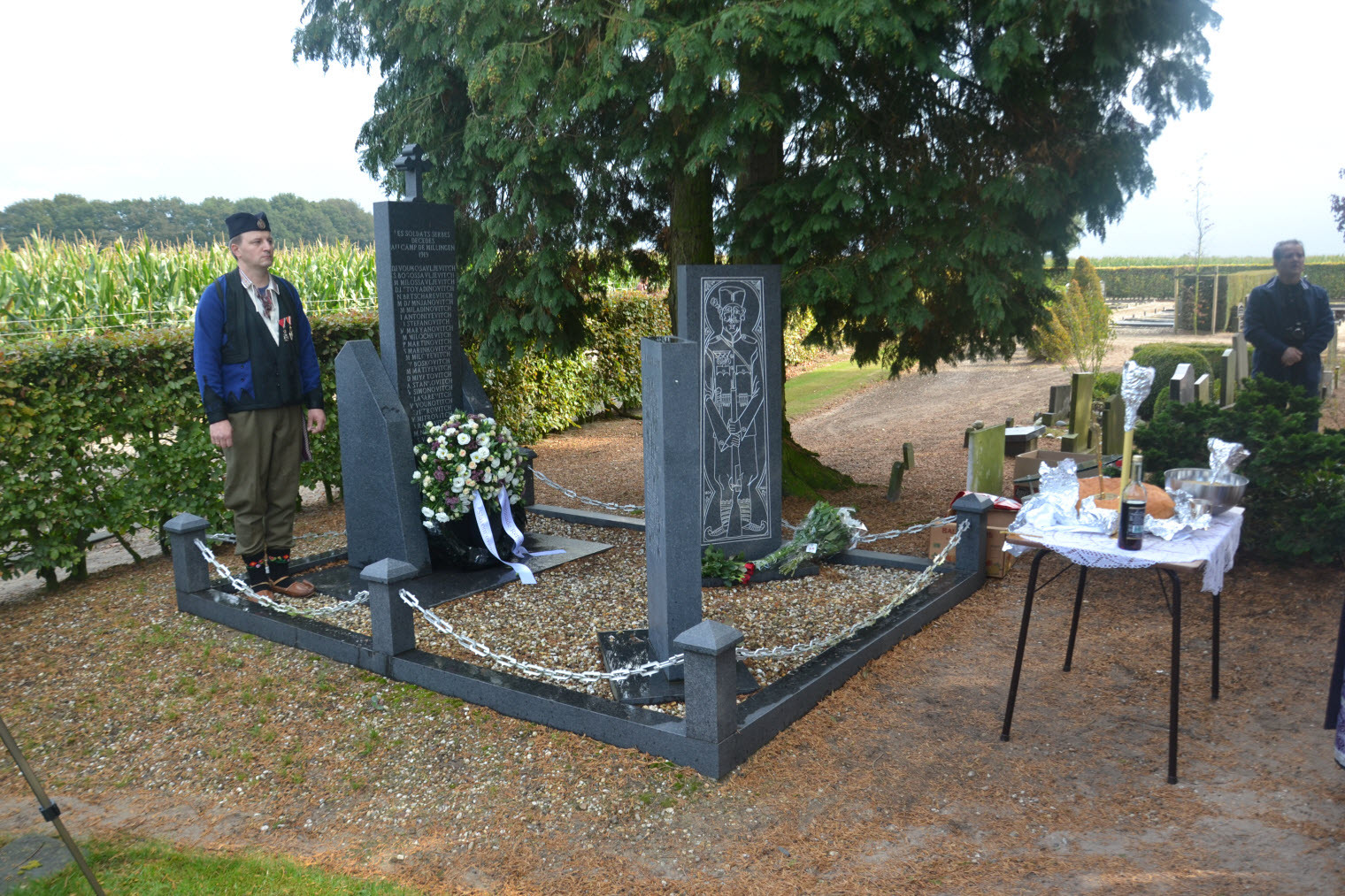 There was a Serbian Orthodox memorial service by the monument and all the names were read and the crosses got the blessings. “Father Vojo”, the priest of the Rotterdam Serbian-Orthodox community did the service. After the service there was a reception. 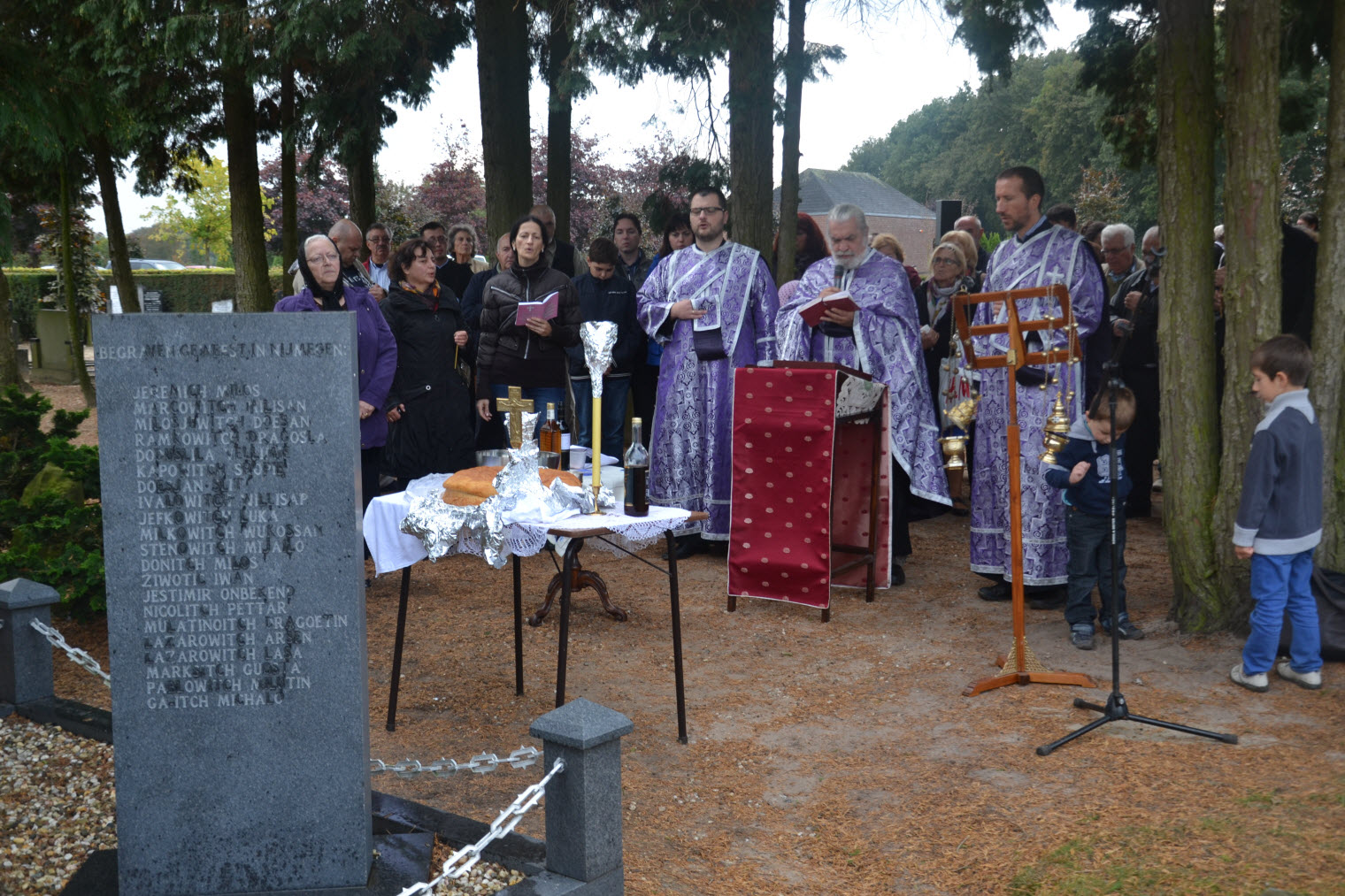 For me this memorial service was very personal since we (me, Tanja and John) did a lot of research to the faith of those 92 soldiers. It became just more than a little research to their remains and their fate: we spent hours with creating exel files, creating and updating our website www.secanje.nl etc. etc.

Beside that, and this is the most grateful part of our research, is that we have found family from the soldiers who died in the Netherlands. Lately my friend Tanja from Serbia found again family from a WWI soldier who died here in the Netherlands. Through a friend of her, family of Stanislav Marinković now know that he died in Nieuw-Milligen, near Garderen, and that he is not forgotten.

For us it is not any more a simple cross with a name: it is for Stanislav Marinković who was from Tavnik (Raška) who died in Garderen the 20th January 1919. He was a soldier from the 4th company, 6th battalion from the infantry. Actually he got his name on a cross in Garderen the 5th October, although his remains were transported on the 18th May 1938 to Jindřichovice (nowadays Czech Republic).

We did not forgot him, just like all the others: ВечнаимСлава (Eternal glory to them)! 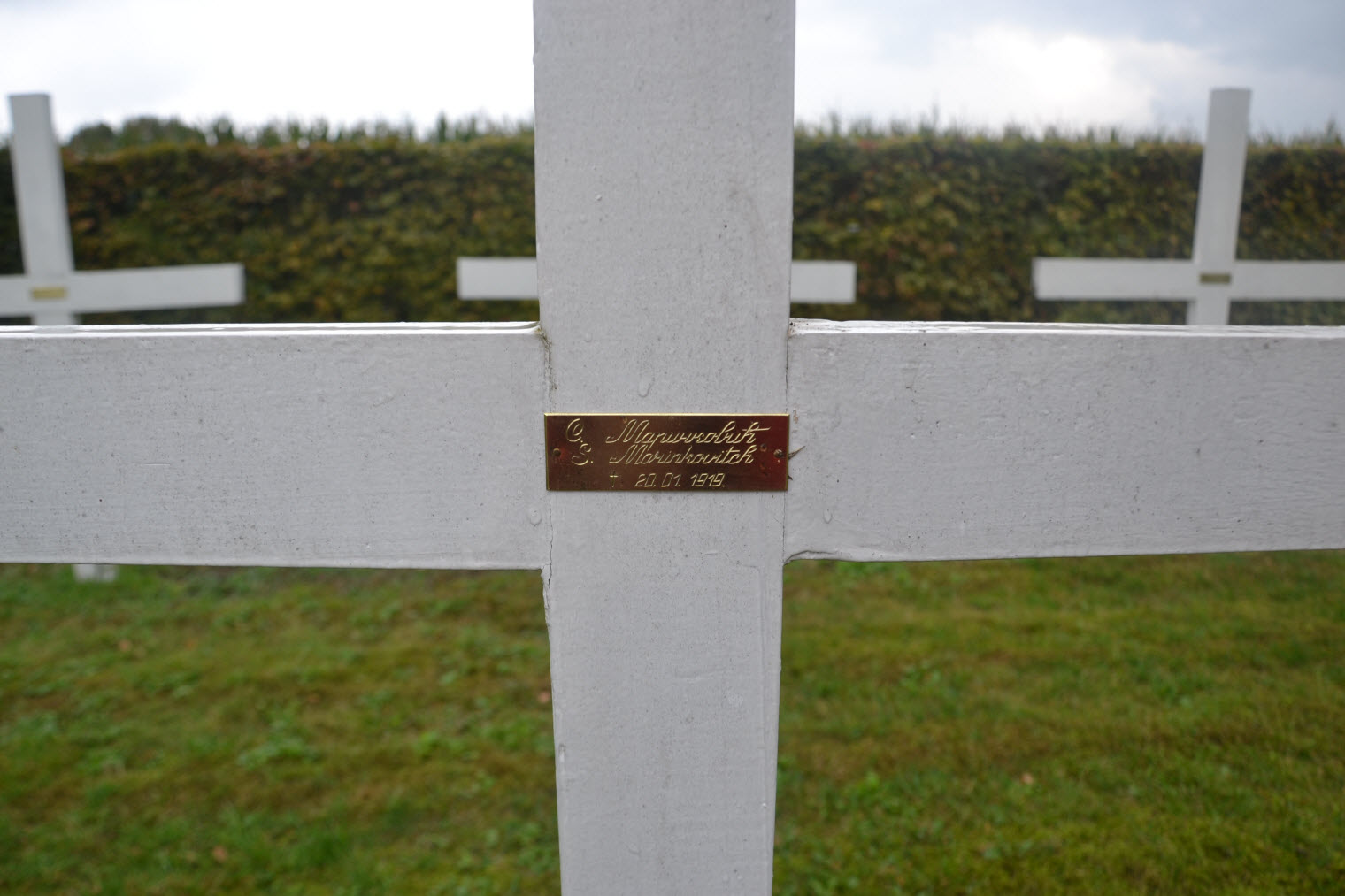