The Nutshell times wrote a beautiful blog about the ” plavi voz “, translated as ” the blue train ” which used to be the train of Josip Broz Tito, the leader of Yugoslavia.

With the kind permission of the Nutshell times you will find this story as a guest blog here on my blog. Enjoy reading !

Despite its long history, stretching back to 1885, the main rail station in Belgrade went out with a whimper in July 2018, however the only sense of occasion to this sorry (and poorly organised) event was provided by the rare opportunity to visit the most famous train in former Yugoslavia in its fully glory. 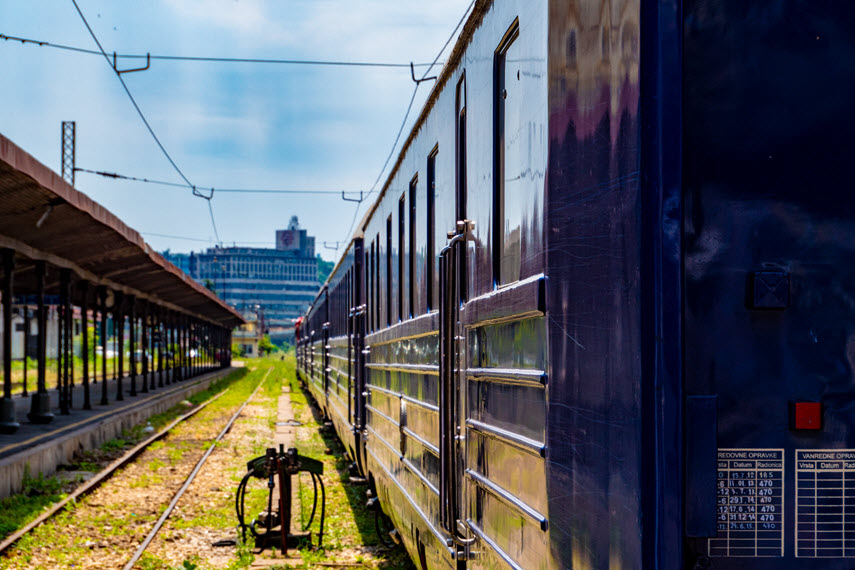 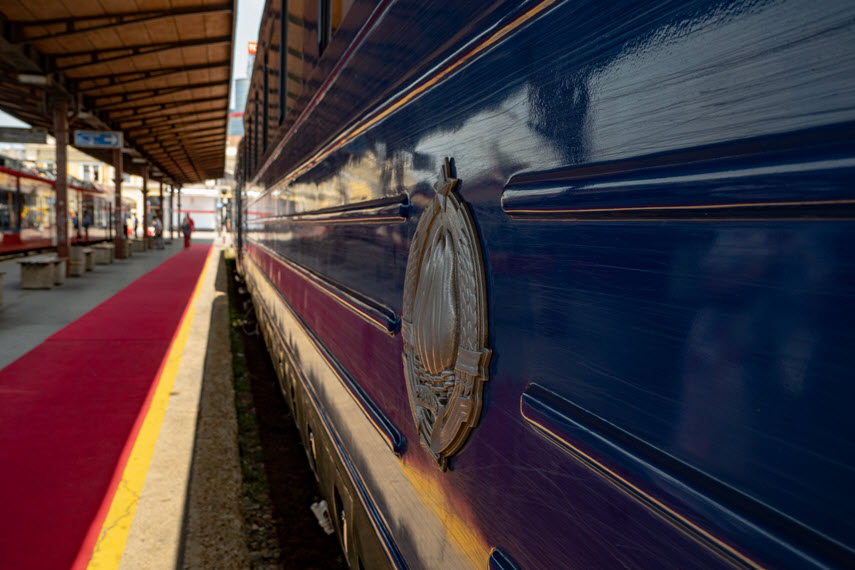 Plavi voz (‘Blue train’, after its blue livery) was one of the official vehicles of Socialist Yugoslav top brass, most notably its president for life, Tito. In it he travelled throughout Yugoslavia and abroad, passing over 600,000 km and hosting over 60 dignitaries, including Haile Selassie, François Mitterrand, Yasser Arafat, Jawaharlal Nehru, Sukarno, Muammar Gaddafi, Nicolae Causecu and Queen Elizabeth II, for whose journey through Yugoslavia it was refurbished in Octber 1972. It was this train that brought his body from Lubljana on May 5 1980 to Belgrade for funeral, and ironically, it was Plavi Voz that took Slobodan Milosevic to Gazimestan in Kosovo for his (in)famous speech in 1989.

Beside the symbolic value for Yugonostalgics, the train is also a wet dream for rail and design aficionados. Luxuriously decked out in mahagony, walnut and pear wood and featuring a mix of art-deco and mid-century modern decorations with examples of local crafts. Its most representative carriages, featuring were built by Yugoslav workers from “Boris Kidric” factory in Maribor and “Gosa” from Smederevska Palanka in 1956.

There are wonderful inlaid wooden decorations of the zodiac signs and boats, Pirot carpets, teal sofas and beautiful brass details all of which make it feel like walking inside a Wes Anderson movie.

The train is also highly function and it includes everything a humble president for life of a socialist country would need: two master bedrooms for him and his wife, a study, a bar, a huge dining/conference room, another dining room, several bathrooms, a salon with a TV and radio and kitchen space for about 100 staff and guests.

There were three main engines, now kept in Belgrade, Zagreb and Kranj and there were carriages especially built and designed for top brass of each of the eight Yugoslav republics and autonomous regions, which have also been dissembled and returned to the now independent states.

Although it fell into disrepair during 1990s and early 2000s and was dormant in its purpose built depot in Topcider by Belgrade, it was refurbished in 2005 and can now be rented out for extra luxurious journeys between Belgrade and Bar (in Montenegro). If you don’t want to splurge, some people also managed to arrange visits in its Topcider depot and it also makes rare appearances at events such as Museum Nights.

Anyhow, until then, play some nice Yugo music, and enjoy the photos I managed to snap below. 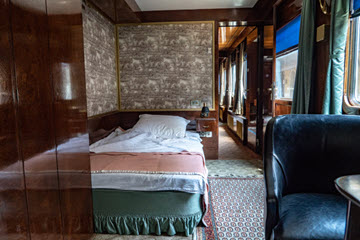 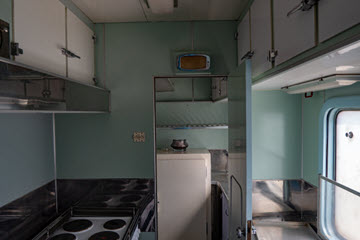 Thanks once again to Srdjan Garcevic for this story !
Original link : https://thenutshelltimes.com/2018/07/04/hidden-belgrade-33-inside-plavi-voz-design-lovers-dream-train/