Yesterday, 11th September I climbed Midžor/ Миџор with 2168 meters a.s.l. the highest peak of Serbia (if you do not include Kosovo). I went with my friend from Kraljevo to climb this mountain, but first we had to travel 270km to reach the starting point for the relatively easy climb to the top.

Midžor is a peak of Stara Planina (Old mountain) and is on the border of Bulgaria, so it is in the East of Serbia. It is a very remote area and it looks like if you are traveling through a fairytale from a long time ago. But modern times also did arrived  here as we discovered in Babin Zub, a ski center under development with new ski-lifts for example.

After the usual preparations it was time for climbing, below a view on Midžor (the peak on the right) seen from the Babin Zub hotel annex ski-center (on 1758 meters a.s.l).

Then we started to climb and of course I made a lot of pictures, which I will put later online, but I liked the one below, therefor I already placed it here.

Then we started to climb and of course I made a lot of pictures.

After 2 hours and 40 minutes we finally reached the top of Midžor, because it was not so hard at all to reach the top 🙂 . On the Bulgarian side there were only clouds, but on the Serbian side there was of course sunce (=sun) 🙂 The view was astonishing and breathtaking, because as you can see  it is a very beautiful area: it looks almost untouched by humans. The clouds rapidly moved, so in one minute you could be totally in the clouds, while the other minute you could see the sun again.

Of course we made a pictures with the the flags I carried (the Dutch one and an European one, since I hope Serbia will be soon accepted in the “European family”). On the foot of the stone on the peak (which is also the border stone) there was a guest book which we of course signed. Very funny detail: there was a cigarette in the box, for those who could have run out of cigarettes 🙂 Yeah come on, this is the Balkans 🙂

And looking back one more time to Midžor, back in the clouds….

Unfortunately to all good things comes an end, because we had to descend to be before dark down. Below two very beautiful views into Serbia. 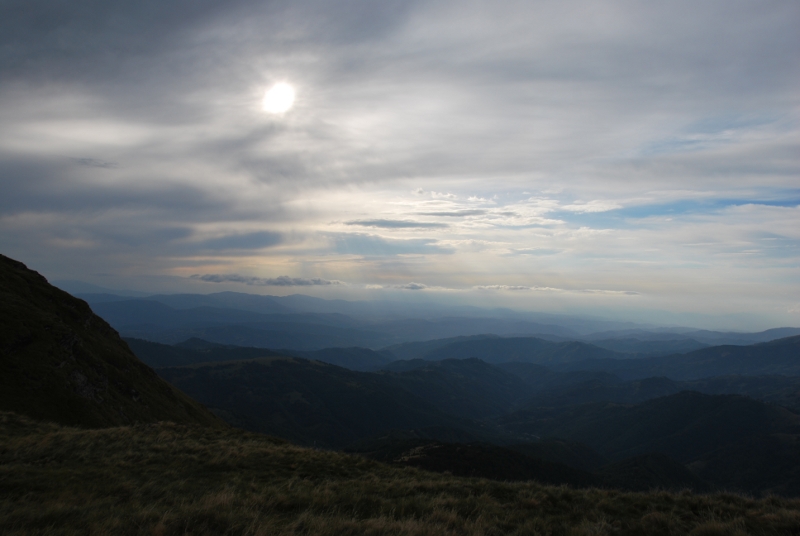 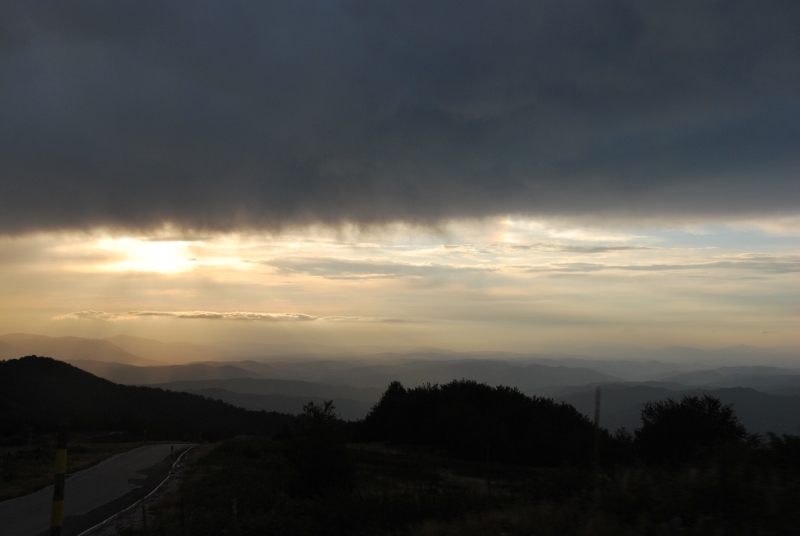 It was a very beautiful day, it always feels good to reach the top of a mountain 🙂 Special thanks to my friend Darko, who was willing to drive more then 500 kilometres and to share this beautiful day with me.