My “od Vardara do Triglava” (ex-Yugoslavia) trip starts here in Brussels, capital of Belgium, but it is also the informal capital of Europe, how symbolic it can be? A well known term I did hear: ” The ” Balkanisation”  of Belgium and ” Brusselisation of the Balkans” …. 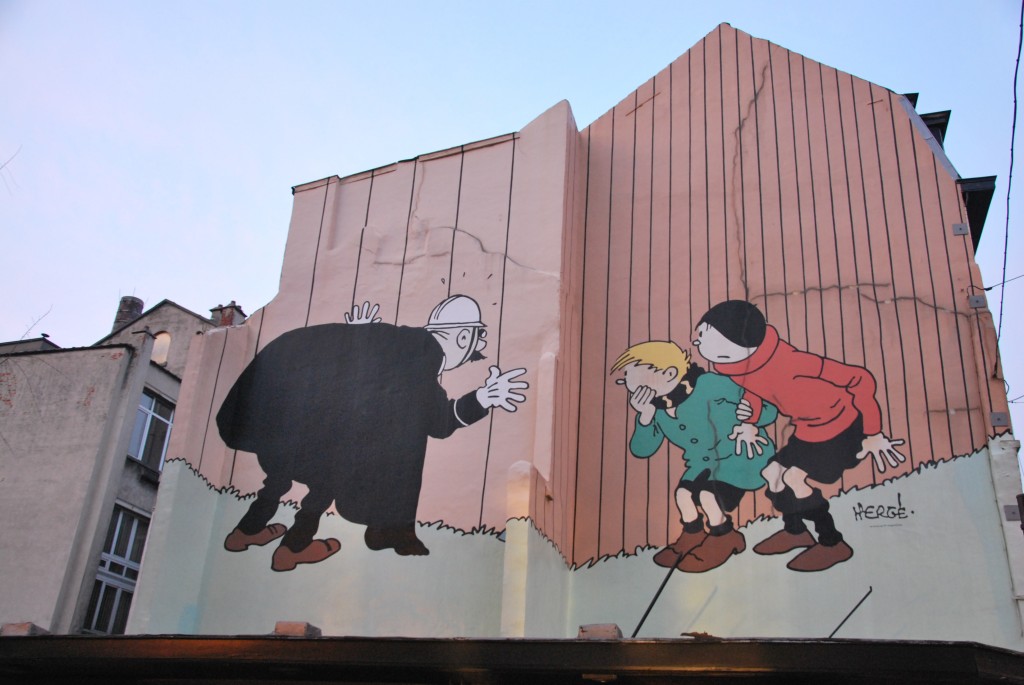 Tomorrow I will travel to Trieste&Gorizia (Italy), Nova Gorica and finally Bohinj (Slovenia) and Brussels will be already quite far away. The more I travel the more it will be even more far away, but how far? That ‘s the thing I want to discover. Do I travel like the picture at above right? Looking into the unknown ? Of course not, but the picture do precisely show the general attitude of W-Europe towards the Balkans.

There is one invisible line which I will cross during this trip and that is the line which is between ” Western”  Europe and ” Eastern” Europe, or that part of Europe which saw the ” enlightenment” and those parts which have not seen that: I am talking about the European schism between the Catholic/Protestant and Orthodox world.

Once almost all these countries were “Yugoslavia” (except for Belgium, Italy, Albania and Greece of course), “a unity of diversity” , a country which disappeared in the nineties in such horrible way. Is the European Union also not ” a unity of diversity” ? I believe so and my dear Balkans are part of it…. It is the non-existing  country, Yugoslavia,  where I walk in tomorrow, but believe me that I will be happy when I am walking into that non existing. country 🙂