When my father, who was working for more than 40 years for the Nederlandse Spoorwegen (= Dutch railways) , gave me some old Dutch railway instructions booklets (from 1959) I was surprised to see instructions about railway carriages from the ” Joegoslavische Spoorwegen ” (JŽ), the Jugoslovenske Železnice (=Yugoslav Railways).

I was surprised as I did not know that railway carriages from Yugoslavia reached the Netherlands by rail. When I visited the Dutch railway museum in Utrecht a couple of years ago I found the train destination plate below.

It seems that the D263/D264 was running since 1955 between the Netherlands and Yugoslavia with carriages from Amsterdam, Den Haag and Hoek van Holland (with a connection to London) towards Belgrade.  After Belgrade the train went to Athens (Greece) , but this was later changed to Sofia (Bulgaria) and Istanbul (Turkey). So far I can see that it ended in 1962 with the summer train time table. The last ” Joegoslavië express ” (as written in Dutch) between the Netherlands and Yugoslavia ( Joegoslavië ) ended thus in the summer of 1962. Below the timetable of 1959 (source http://www.welt-der-modelleisenbahn.com). 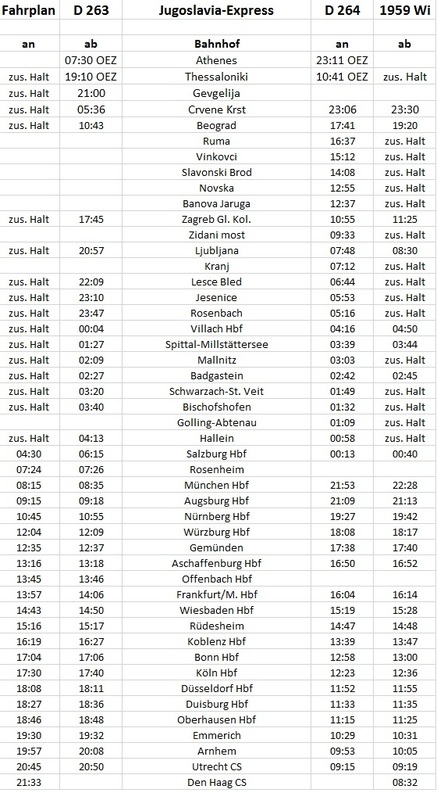 But I found more while I started my research, like for example below an article of the Dutch newspaper “De Waarheid ” from 17 May 1976 ( source www.delpher.nl). The article is about the derailment of an express train between Munich (Germany) and Belgrade (Yugoslavia) . It happend between Zagreb and Belgrade and also a Dutch carriage was part of the train, but according to Tanjug and NS (=Dutch railways) only Yugoslavs were wounded. 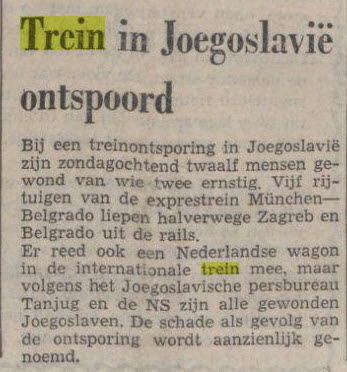 So actually direct traffic between the Netherlands and Yugoslavia (and further) did not stop in 1962, I could not find more information yet….

Below a train information folder of the train between Amsterdam CS-Sofia / Den Haag -Istanbul express (courtesy of P van Rosmalen). 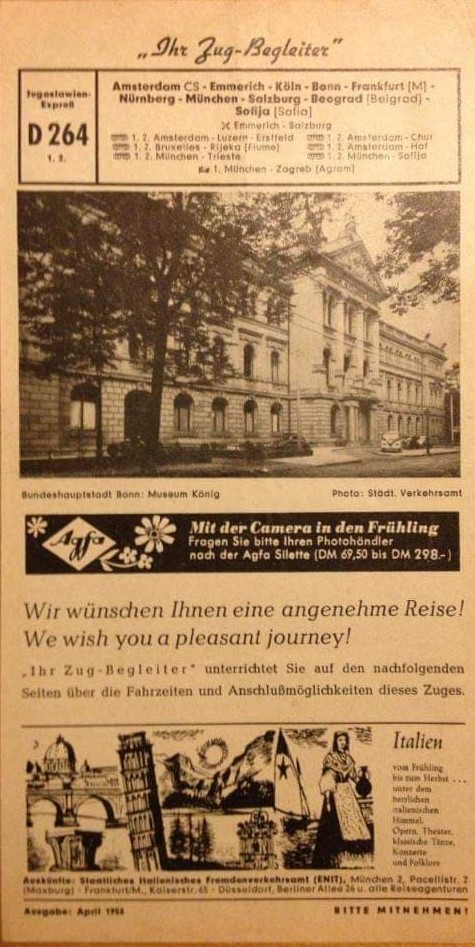 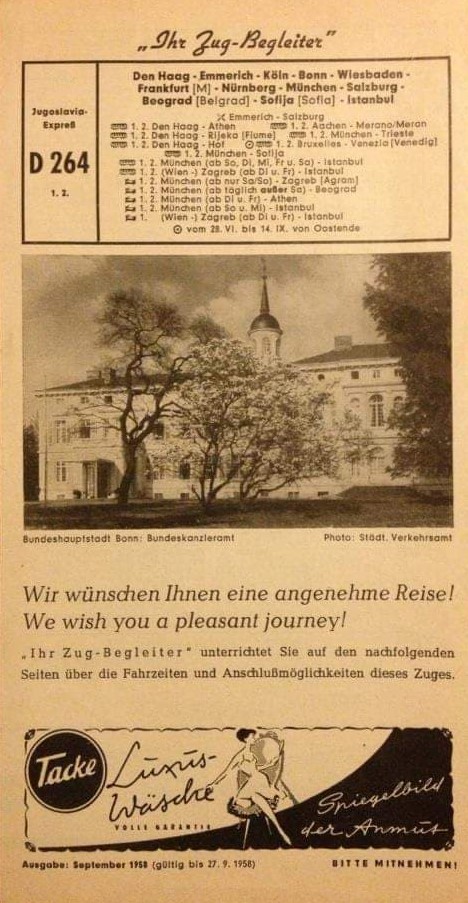 I found a lot of information about the trains between Germany and the Balkans, but not about these specifics trains between the Netherlands and Yugoslavia so the research continues.

Small addition from the webmaster of www.retours.eu : in the 1920s there was already a Balkan Express running from Hook of Holland to Belgrade and Athens. 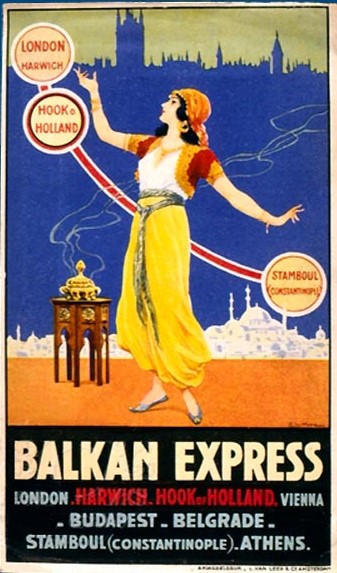 If you have more information please let me know ! (Contact me here)