In the last weekend of June we visited with good friends the Djerdap National Park, with in it the Iron Gates. The Iron Gates (in Romanian called Porțile de Fier, in Serbian: Ђердапска клисура / Đerdapska klisura) is a gorge on the river Danube. It forms part of the boundary between Serbia (to the south) and Roumania (north).

The area (in the red square in the map below) was always a border area: in the past it formed the border between Austria-Hungary and the Ottoman Empire and after independence of Serbia and Romania the border between both countries. Not only political borders, but also geographical: at this point in the Danube River separates the southern Carpathian Mountains from the north western foothills of the Balkan Mountains. South of the Danube it is geographically seen the Balkans , North of the Danube it is Central-Europa (the Romanian Banat) or South, South-East or East-Europe (Romania).  Nowadays it forms the external border of the European Union as Serbia is not yet part of the EU, but Romania is. In Romanian it is 1 hour later (East-European time) and they speak a Latin language, while in Serbia they speak a Slavic (Serbian) language.

The Romans started to conquer here from here Romania (Dacia),the “Tabula Traiana” was placed 100 a.d. as reminder of the Roman road which was built here which supported the invasion. They were not the first ones who settled here. The people from the Vinča culture were already here and that was between 9500/7200–6000 BC according the archaeological findings (at Lepenski Vir for example). 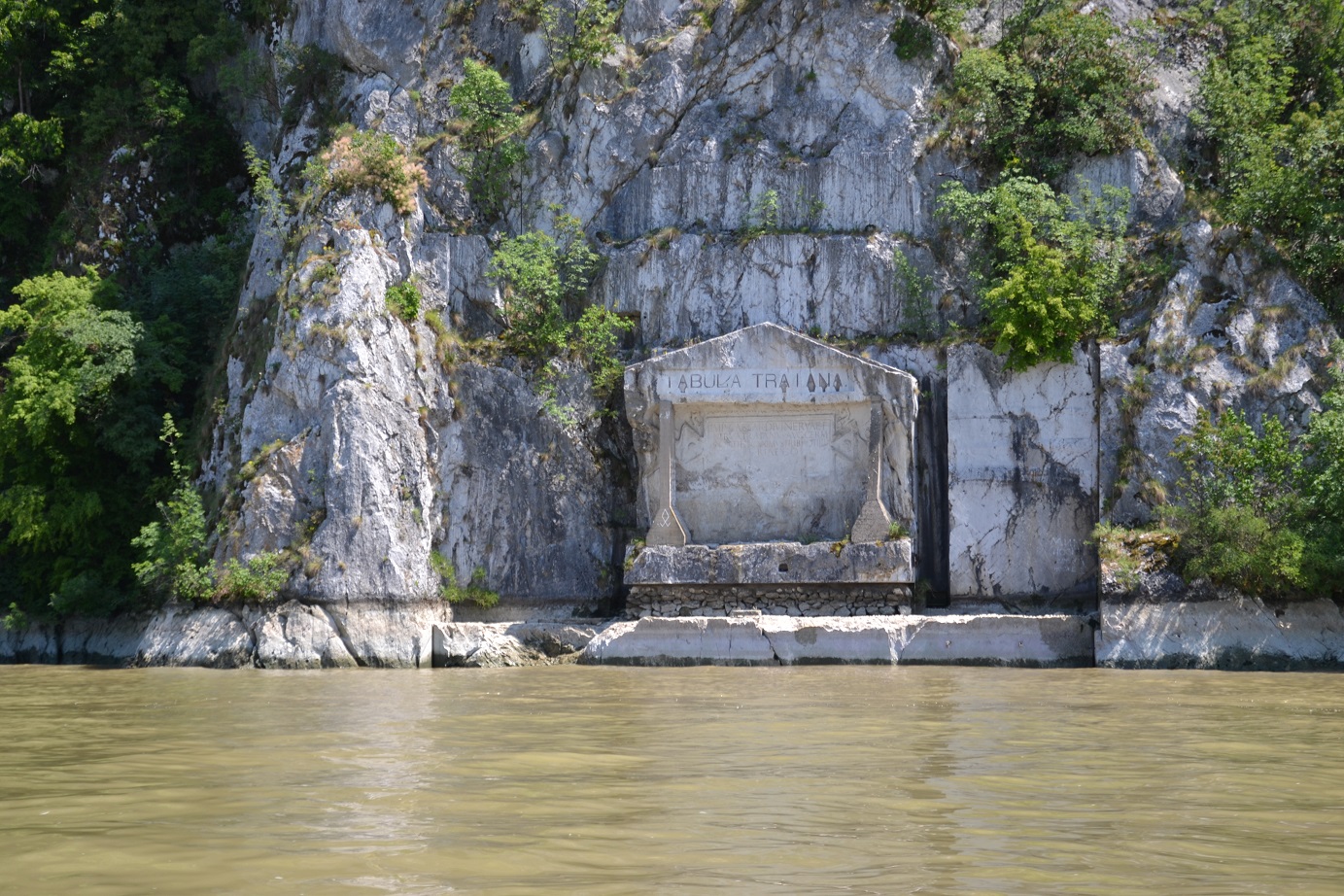 In 1972 the construction of the Iron Gate I Hydroelectric Power Station was finished here and it is still one of the largest hydro power plants in Europe.  It flooded the area, but it meant a huge improvement for shipping, besides of course the electricity generated. Much more history can be written about this magnificent area and I hope I will have more time to write about it.

For now enjoy some pictures I made ( album on Google Photos):