“April u Beogradu” is a famous song (listen here) about maybe one of the most beautiful months in Belgrade: April and the spring in full swing. Unfortunately, there was no spring in Belgrade this year.  When April started Serbia was in complete lockdown and had the toughest restrictions in Europe: curfew in the evenings (starting at 17h00) and during the whole weekend (from Friday 17h00 till Monday morning 05h00, during Easter even until Tuesday). When the new decennial started with the year 2020 nobody could ever imagine in what kind of world we would live in at the end of that same year.  In just a couple of months our world changed dramatically with far reaching consequences for this decennial. The world will never be the same again, yes this year was marked by ‘corona’.

The year didn’t start bad at all in Serbia: days before the Serbian Orthodox Christmas (7th January)  it started to snow, so yes again there was a white Christmas here in Serbia (read here more about Christmas in Serbia).

The rest of January it was all about the terrible smog in Belgrade. The sky cleared up, but alarming messages came from China and slowly from other countries about “Covid-19”or so called “corona”.

The world changed quickly in March and it seemed the whole world was on war against an unknown enemy. Days before the general lockdown measures in Serbia I was in the Beovoz (a commuter train in Belgrade) crossing the Sava River ( the geographical border between the Balkans and Central Europe) and the sky was on fire…

On 18th March the Serbian borders were already closed ( I can ‘t remember when they closed the borders) and armed army vehicles were at the borders: it felt like war…. 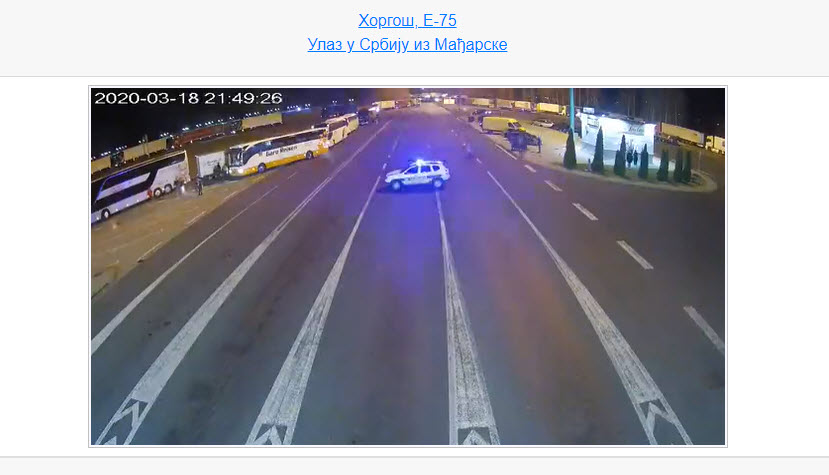 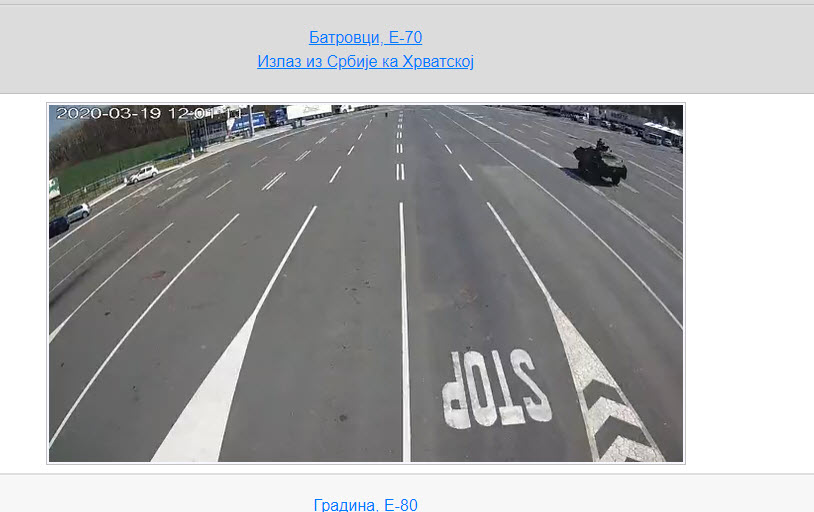 The so-called “war”started and people started to hamster goods, especially “brašno”( flower) and toilet paper. This wasn’t typically Serbian, this happened all over the world and included myself. I know Serbs are pretty used to crises (they remember well the NATO bombardments of 1999), but I saw some people with real fear in the supermarket. I don’t know if I showed fear to other people, maybe I did. I could not believe in what kind world we arrived, and I think many had the same thoughts.

I remember when I had tears in my eyes when I saw the images of an empty Belgrade and other cities all over the world. It felt so unreal, it was apocalyptic. 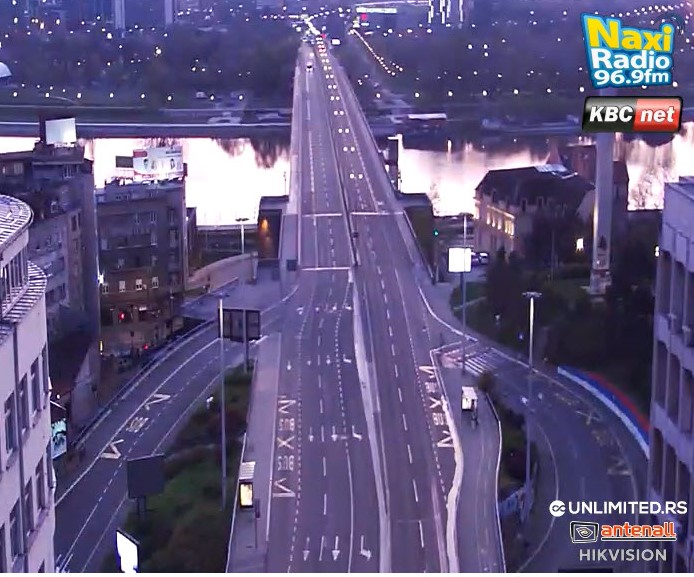 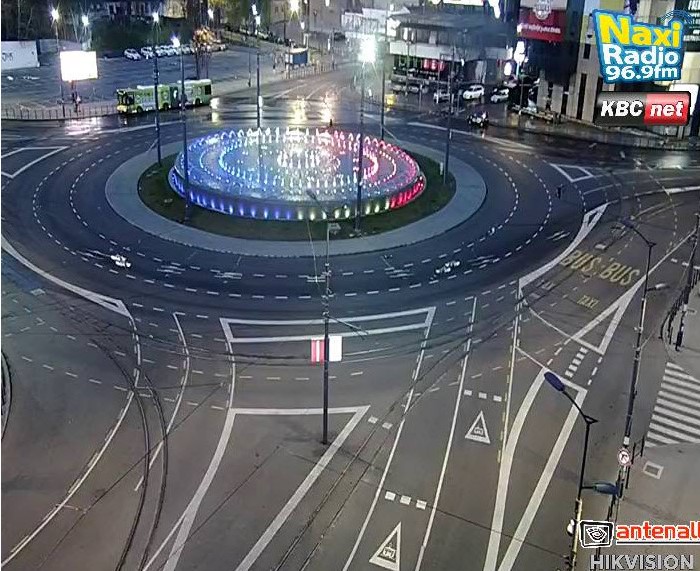 Catholic Easter (12th April) and Orthodox Easter (19th April) were celebrated at home, because in Serbia nobody was allowed to go outside ( from Friday till Tuesday). It wasn’t as nice at all to just not be able to go outside and enjoy the Belgrade spring. 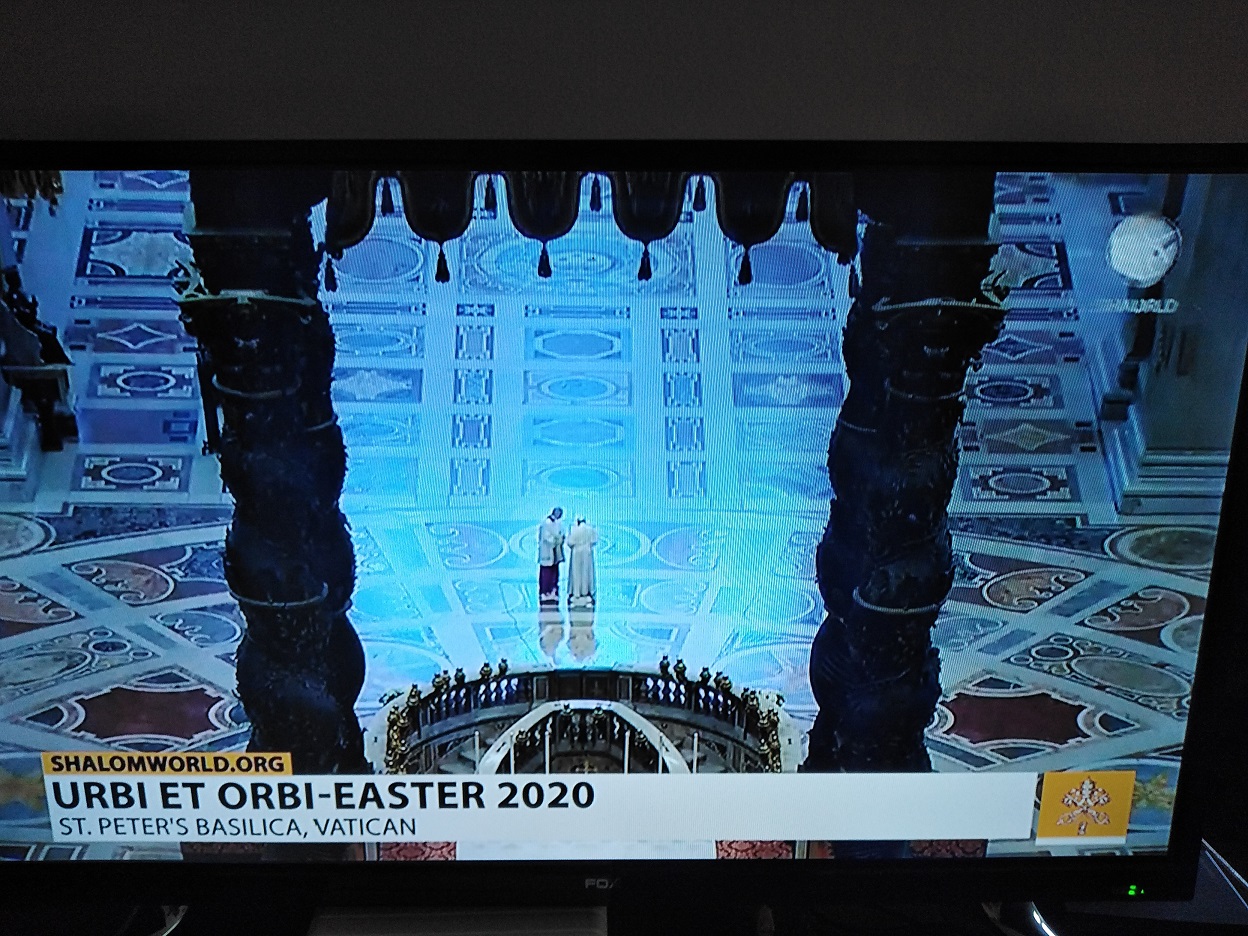 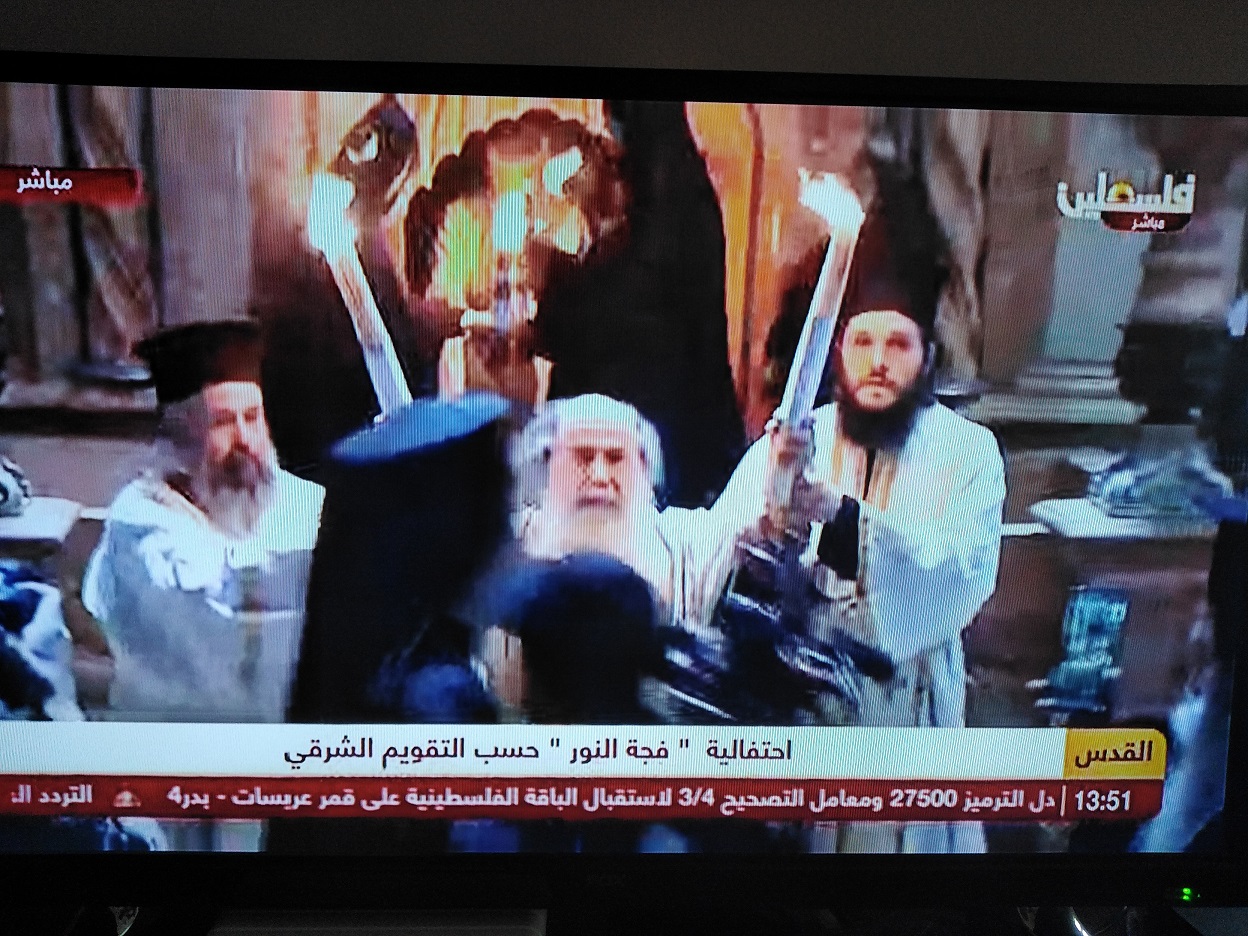 On the 26th April there were elections for the parliament in Serbia, but they were postponed until 21st June 2020, because of the state of emergency in Serbia and the lockdown. In the beginning of May the lockdown and state of emergency were out of the blue all lifted. There was no more corona in Serbia!  Full stadiums, full kafanas (local restaurants) , life continued as before. It felt good I have to admit and slowly but sure we met with our friends on the terras , in the kafanas  and everywhere we could.

Somehow it felt uncomfortable, as in other parts of the world it continued and there were lockdowns. Not in Serbia, it seemed that we went from the most toughest lockdown to the most free regime. I should have know better, I should have listened better, I lived already 6 years in Serbia and I should have known that the figures of infected people wasn’t going down, because there was no more Covid. No the figures went down so the Serbian government could show off and would be re-elected.  The SNS party of Aleksander Vučić won again with a huge majority ( the opposition boycotted the election). Life continued in Serbia, without corona, we thought.

Of course it was not true and the bomb exploded in Belgrade on 07/07/2020 when Vučić announced again a lockdown in the afternoon. He said that people were irresponsable , people did things they should not etc. and that 2.5 weeks after the elections. The numbers of infected people rose sharply after the elections. 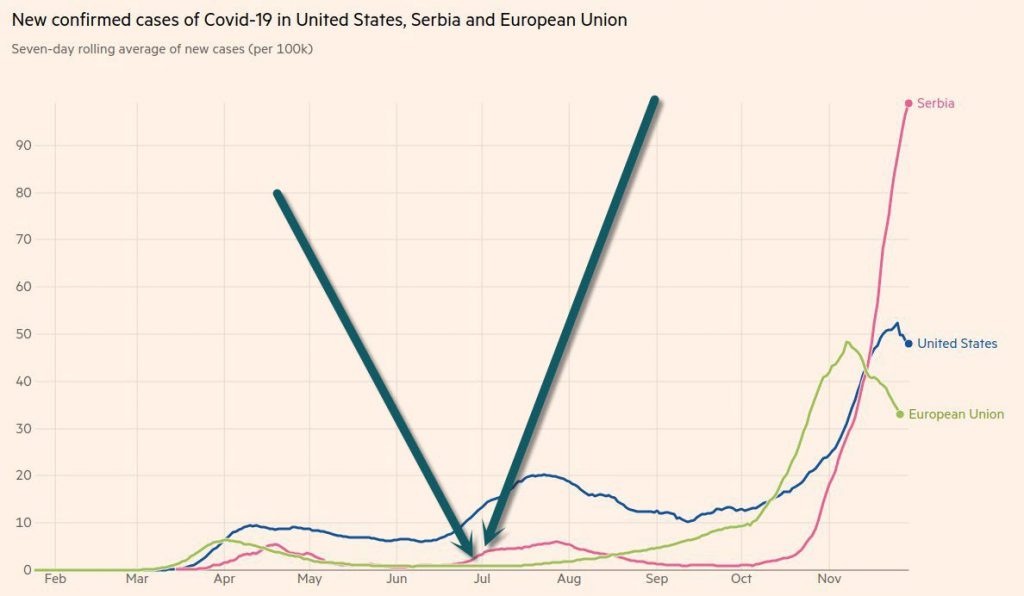 Stronger measures, again a lockdown and the Serbian president blaming the population so for everything while he lifted the restrictions… A spontaneous demonstration emerged which we attended. I saw the parliament being stormed…That evening , that hour, that minute I saw and felt that Serbia could change. I felt a kind of optimism, despite all what was going on here.

The demonstrations continued, but they were taken hostage by people who wanted riot, chaos and disorder. The moment of hope for change in Serbia slowly disappeared: it did not happened. I was even on the Belgian and Dutch TV to explain what was going on. Belgrade was in state of emergency, but not the state of emergency what the president wished. After a week everything was back to normal and the measures the president announced did not come.

The summer went on, but it was not a normal summer. Serbs could not go anywhere on holiday and their main destinations Greece and Montenegro were unreachable. Of course Serbia did not escape the “corona” bullet.

And so in December we were in a semi lockdown: it was not so strict as in the spring, when we had here in Serbia the strictest lockdown in Europe: we still could go to the pub (untill 17h00) ,  and most shops were open, although with limited opening hours. Slowly we went till the end of the year, to the end of a very strange year. 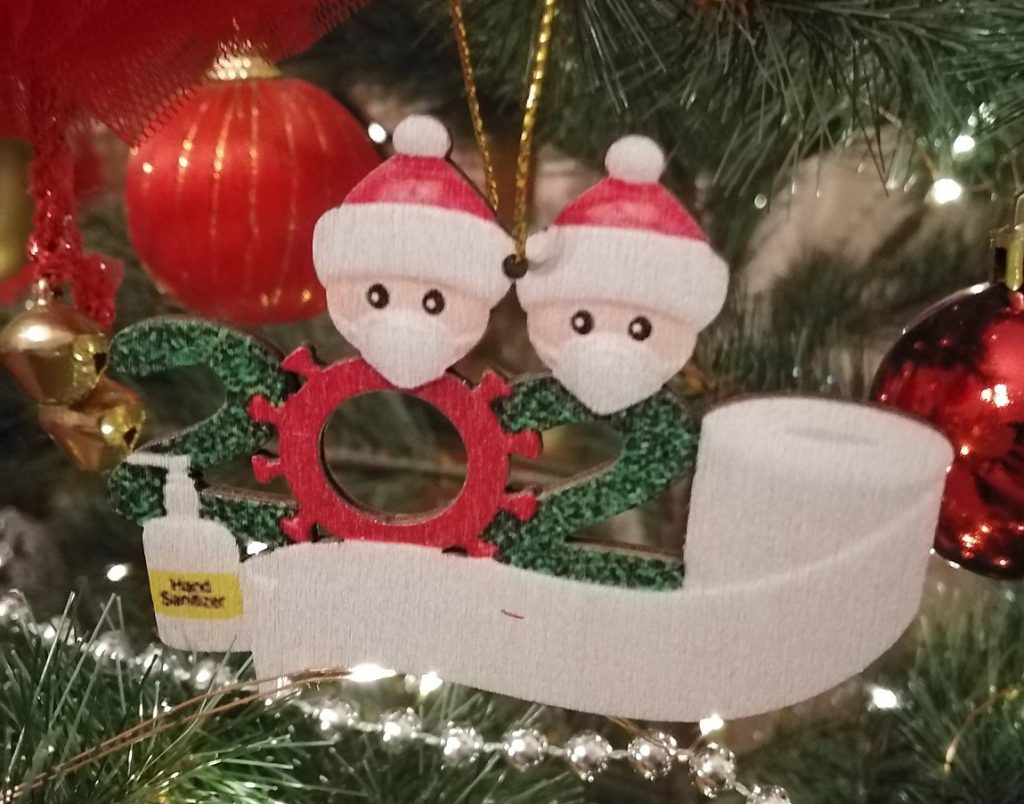 This year was a historic year in many aspects: the world definitely changed and the events of this year will have effect for the next coming years / this decennium. We should not be down or negative: the world as always turns around: the sun come up and goes down as always.