After the sins of yesterday evening it was today time to clean the soul and ask forgiveness from God, so we went to one of the most beautiful monasteries in Serbia: Жича/Žiča which is only a couple of kilometres from Kraljevo.

Жича / Žiča is a very important place in Serbian history. It was built by the first King of Serbia, Stefan Nemanjic (the First-Crowned) in 1208. It was destroyed by the end of 13th century, but was rebuilt by King Stefan Milutin at the beginning of the 14th century.

Žiča was by tradition royal church of Serbian kings, and although a king could be crowned in any Serbian church, he was never considered true king until he was anointed in Žiča. The red color of the exterior walls is a symbol of the blood of the martyrs of the early Christian church. I find this a really beautiful church /monastery, it is one of my favorites! When I visit Orthodox monasteries and churches I always get a beautiful feeling inside, it gives me a peaceful and calm feeling. 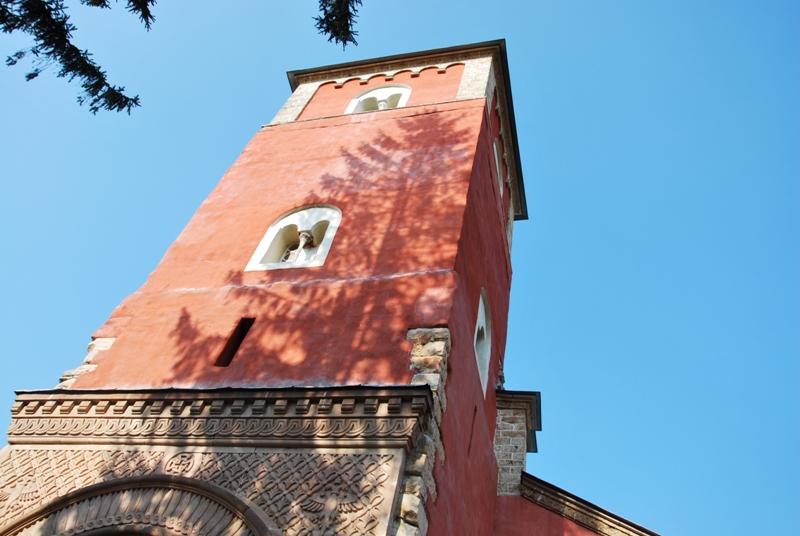 So me and my friends asked forgiveness for our sins and after I bought my souvenirs it was time to go back to the “normal” world. For more info look on their beautiful website (yes I could not believe it first!): http://www.zica.org.rs , a part is already in English, but most is in Serbian for the moment.